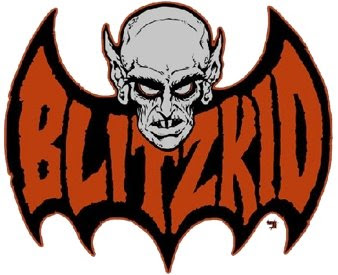 Tues night I got out to THE END in Nashville and caught the Blitzkid show. Had a great time - opening for them was The Creeping Cruds, (of which I just caught a few songs but were terrific nonetheless, as always), and The Rock and Roll Hooligans. I had heard of the Rock and Roll Hooligans before but never got a chance to catch them, and was glad to finally do so. They are a great band who really kick ass.

Blitzkid came on last and brought the horror tunes aplenty. There was a good sized crowd for a Tuesday night, and the folks there were diggin it. They played a set of horror tunes and had a misfits kind of vibe working - especially as Dr. Chud from the American Psycho days of the Misfits was playing drums. Great show! 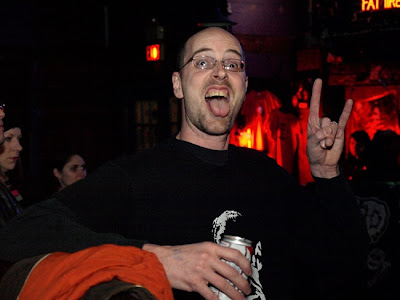 Email ThisBlogThis!Share to TwitterShare to FacebookShare to Pinterest
Labels: Blitzkid, Dr. Gangrene, The Creeping Cruds, The Rock and Roll Hooligans