The “Trash Day Of The Dead” PSA from the “Go Green With Dr. Gangrene” campaign has been nominated for an Emmy by the National Academy of Television Arts & Sciences at the 23rd Annual Midsouth Emmy Awards. 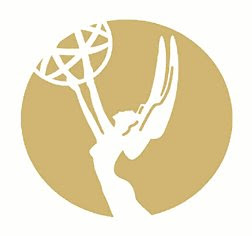 “Trash Day Of The Dead” Writer & Director Cameron McCasland was nominated for writing in the “Advanced Media Writing” category announced earlier this evening at The BMI headquarters on Music Row in Nashville, TN. This is the first Emmy nomination for McCasland, and his production company, New Valiant Productions. New Valiant founders Michael Creason and Cameron McCasland were on hand for the event. When asked about the nomination McCasland stated. “I’m elated! This project has been a love affair from the start for everyone involved. And I’m honored to be in such great company thanks you to everyone at the NATAS.”

“Trash Day Of The Dead” stars Creature Feature's Dr. Gangrene (Larry Underwood) and his faithful assistant Nurse Moan-Eek (Linda Wylie) as they battle against littering zombies on the streets of downtown Nashville. The short has gained multiple honors this year both nationally and locally for its environmentally minded message, including a special honor from Tennessee State Governor Phil Bredesen. The short was shot on location in downtown Nashville, TN. The 23rd Annual Midsouth Emmy Awards will be announced in Nashville on January 24, 2009 at the Schermerhorn Symphony Center. The show will be hosted by Country Music Legend Hal Ketchum. For a full list of this years nominees please visit http://nashville.emmyonline.org/The National Academy of Television Arts & Sciences is a non-profit, professional organization dedicated to fostering excellence in television. The academy has 19 chapters with 15,000 members nationwide.

New Valiant Productions is based in Nashville, TN and is owned and operated by Michael Creason & Cameron McCasland. For more information go to http://www.newvaliant.com/
at Wednesday, November 26, 2008