Movie Meltdown #126 - the Unmaking of an Epic 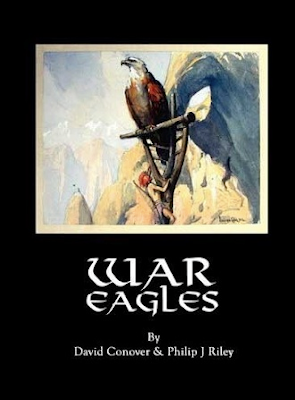 Check out the podcast Movie Meltdown, episode 126 - it features an interview with my buddy Dave Conover talking about his new Book, War Eagles, The Unmaking of an Epic. War Eagles was a planned movie by Merian C. Cooper and Willis O'Brien that almost got to shooting stage that would have featured a lost race of Viking warriors astride giant prehistoric eagles doing battle with Nazis over the skies of modern day Manhattan! Hell Yeah!


This week we interview author Dave Conover about his book: War Eagles - The Unmaking of an Epic. This is the amazing story of a film that never happened and the greatest story NEVER told…until now.

Spolier Alert: You will in fact hear the end of this movie…that never happened. Does that still count as a spoiler?