Vincent Price was well known in film and on stage, but many of us knew him from his frequent radio and television appearances.  If you haven't listened to Vinnie as THE SAINT in the radio series by the same name, search out a couple episodes.  And for a good example of Vinnie's sense of comedy, find him in an episode of the Red Skelton Show--he did several.  Here's Vinnie's AFTRA card, something he could not have done these shows without! 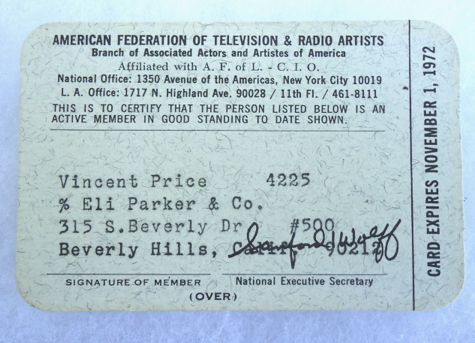