NEVERMORE at the Nashville Public Library 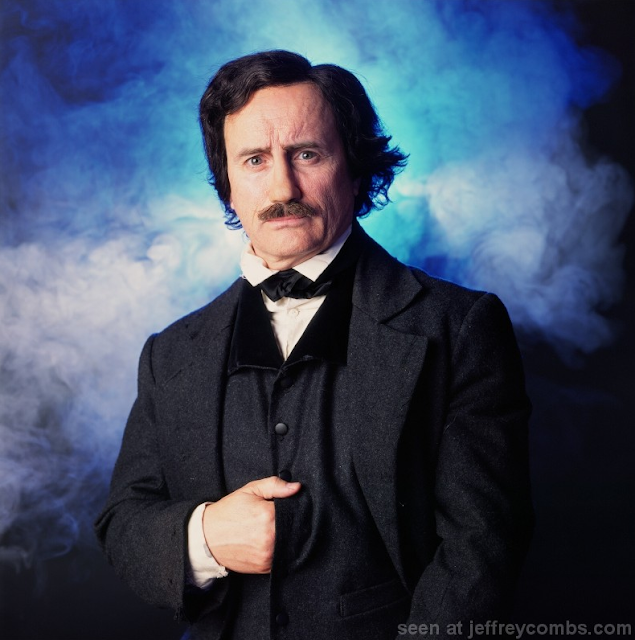 Jeffrey Combs performed the one man play NEVERMORE to a packed house last night at the Nashville Public Library. The auditorium was completely filled and more than 200 folks were placed in a second overflow theater set up with screens and video projectors. Edgar Allen Poe lived and breathed again onstage as Combs ranted, raved, and recited for over 90 minutes in a performance that was simply amazing. The stage consisted of a minimalistic set design - simply a rocking chair, table, rug and musical stand. But that's all Combs needed as he mesmerized the crowd with his electric performance. And doubly special was the fact that last night was the actual birthday of Edgar Allan Poe.


I want to thank the Nashville Public Library for bringing this fantastic event to Nashville and offering it for free. It was a special night and I saw many friends at the event. Afterwards I went to the Tazza restaurant just down the street and hung out with Anita Pace and her two friends Anna and Brooke Perry who had driven up from Alabama to attend the show! Great times and a great evening.

Oh, and before I wrap this up, one last thing. When the theater asks that you turn off your cell phone TURN THE GODDAMN THING OFF!! Some asshole on the second row left his on and sure enough it went off loud and clear right in the middle of the performance. To Combs' credit, however, he got the better of the buffoon. He was talking about his physical ailments at that moment, and how bad they were when he, without missing a beat, looked right at the him and said - "Much like that strange device you're fiddling with, sir." The audience applauded and Poe pointed at the fool and said, "Your middle name, sir, is shame." Even louder applause accompanied with a hearty "Hear Hear!" from some unnamed 6'6" horror host in the middle section.

On a related note, tonight and tomorrow night at Midnight the Belcourt theater is showing  REANIMATOR! Yes!! One of my favorites that also stars Jeffrey Combs and is directed by the producer of Nevermore, Stuart Gordon. You don't want to miss this on the big screen!! 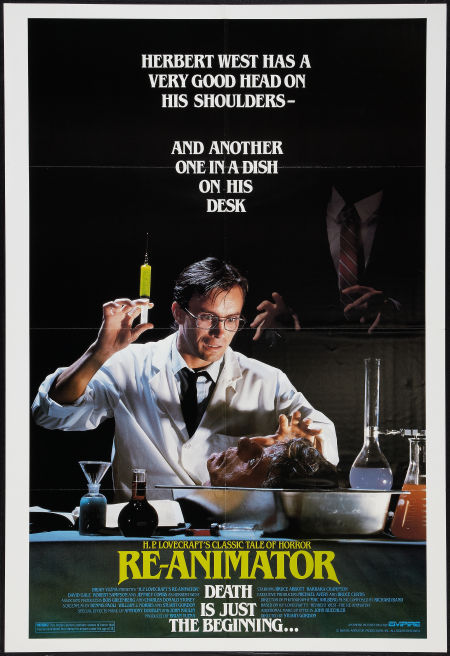