I almost hesitate to go to movie theaters anymore, as it almost always turns into a confrontational situation. People are so damn inconsiderate that it makes the experience trying to say the least. I know I sound like some grumpy old fart complaining that, “In my day people didn’t act like that,” but nowadays it’s not just the talking but texting that one has to put up with. 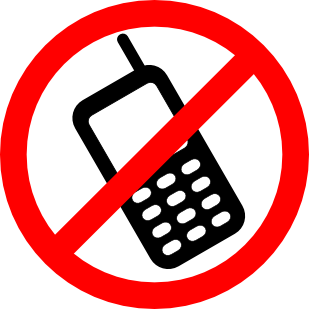 And here’s the thing – it isn’t just teenagers doing it. I almost expect that from them. It’s the adults too. Here’s my most recent movie-going experience, you tell me if I was out of line…

My son and I went to a matinee of TOTAL RECALL. It was not opening weekend, as I intentionally waited a couple of weeks so as to somewhat avoid crowds. It was a Sunday afternoon around 3:00. We got there early, grabbed some popcorn and headed into the theater. Only a few couples were in there.  We took a seat center screen, back row. All was fine until the movie started. That’s when an older couple – I’m guessing in their 60s, came in late and decided to sit on the back row a few seats down from us. Not only were they late to the movie but they stopped halfway up the stairs to discuss where to sit. I can understand being a couple of minutes late, things come up and maybe they had car trouble or something. But just grab a spot people, you’re late, plop your ass in the first spot you find.  Strike one. Okay, no big deal, minor annoyance. Back to the movie.

As mentioned, they sat on the row a few seats down from us. They then begin talking to one another. I figured they were just getting their bearings and would settle down promptly. The guy took out something that sounded like a potato chip bag and opened it, crinkling it loudly. I ignored this, as again, I figured they would settle down soon enough. Then the talking started up again. And continued. And continued. I waited as long as I could then finally had just had enough. I nudged my son and motioned for us to move. I stood up and said, in a normal speaking tone, “Let’s move, Luke, since these two won’t stop talking.” Strike two. We moved all the way to the opposite end of the aisle from them.


You’d think most people get the hint, but not these two. They kept right on talking throughout the picture as if they were sitting on their fuckin living room couch. I finally leaned over toward them and said, “Shh. Stop talking Please.” Strike three. My patience was done at this point and I was seriously about to go get an usher. But no, I thought, why should I miss part of the movie because of someone else’s rudeness?

The talking started up again. After about 5 minutes of this I got up, walked to the end of the aisle directly in front of them, leaned over the seats in front of them and said, “If you two don’t stop talking I am going to get an usher. This is ridiculous. I can hear every word you’re saying. Stop talking PLEASE.”

Finally these numbnuts got the message. By this time I was totally annoyed, and to top it off the movie sucked. But maybe it would have sucked a little less without dealing with distractions from grown adults. 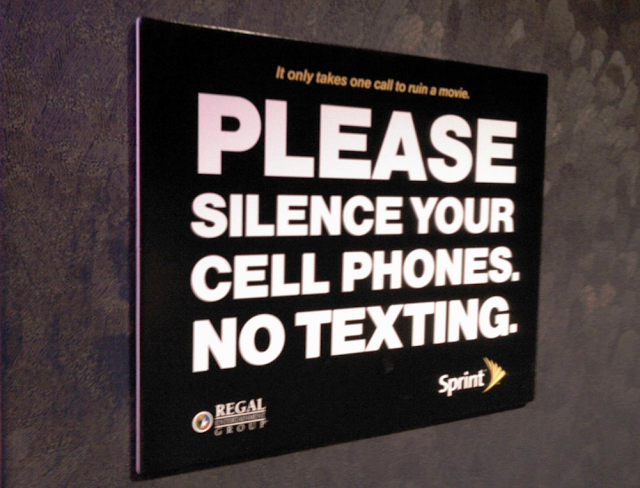 You know who I blame for this the most? The theaters. They KNOW this is an issue, yet they refuse to do anything about it.If you know there is a problem, rectify it. Make people stop disrupting the movie or kick them out without refund. Put a stop to this. By not taking action on this issue theaters are actually ENCOURAGING this behavior 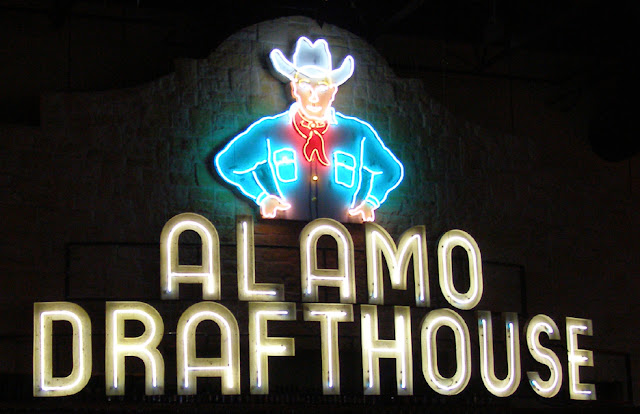 Ever heard of the Alamo Drafthouse in Austin? Well, they are a theater that takes this issue seriously. They have a strict ZERO TOLERANCE FOR TALKING AND TEXTING policy. From their website:

“We have zero tolerance for talking or cell phone use of any kind during movies, and we aren't afraid to kick anyone rude enough to start texting their friends during a show right out of the theater.”
Bravo. Did you see the PSA they made about this issue? This followed an incident that happened last year, in 2011. A patron decided to ignore this policy and was subsequently ushered out of the theater for using her cell phone during the movie. She then called the theater and left an angry, rambling, and drunk sounding message about it. Bad move. Here’s the Alamo’s PSA:


This was played before every movie afterwards, and for all I know they still play it before movies. Here’s what Tim League, founder and CEO of the Alamo had to say on the issue:

When we adopted our strict no talking policy back in 1997 we knew we were going to alienate some of our patrons. That was the plan. If you can't change your behavior and be quiet (or unilluminated) during a movie, then we don't want you at our venue. Follow our rules, or get the hell out and don't come back until you can.
Ma'am, you may be free to text in all the other theaters in the Magnited States of America, but here at our "little crappy ass theater," you are not. Why you may ask? Well, we actually do give a f*$k.


Tim League, you’re my hero! Huge props to the Alamo for taking a stand on this issue and doing what’s right. Look, this isn’t just a case of me being an asshole. I shouldn’t have to confront someone every time I go to the theater, and I should be able to enjoy the movie without interruption.


I ran across an entry on the Alamo blog recently that indicates this issue that is starting to be taken seriously. APPLE has apparently filed for a patent for a chip that goes in iphones. As mentioned in their blog, if a phone is used within a certain vicinity of a text free zone, “certain features may be disabled or enabled. Specific mention is made within the abstract of academic settings and, yes, movie theaters.”   Read the blog here

That sounds like a perfect solution. It would disable the texting feature, perhaps the backlight and ring as well. As long as the vibrate feature still works people could still get a call in the event of an emergency. Problem solved.


Not everyone is onboard with this way of thinking. Again in another Alamo blog post, Tim League talks about a move underway from some theaters to designate certain screenings as texting screenings, where viewers are free to text away. He goes on to make an argument why this is a bad idea, and I agree with him. It sets a bad precedent. Look, kids CAN go an hour and a half without texting. It won’t kill them, and perhaps they’ll learn how to properly view a movie instead of half-assed distractedly watching.
This policy hasn’t hurt the Alamo’s attendance any and I venture to guess their attendance has actually risen after instituting this policy. Here’s hoping a few more theaters follow suit. I know that here in Nashville I attended a midnight screening of Halloween 4 at the Belcourt theater back in 2009. Some jackass one row in front of me decided to use this screening as his own personal Mystery Science Theater opportunity. Several people in the audience asked this guy to PLEASE stop, but no luck. His commentary lasted throughout the movie. This was before my current vendetta against talking and texting had kicked in full bore. I actually sat through the film and didn’t confront him, something I’m not sure I’d do nowadays
.
Afterwards I wrote the Belcourt and told them about this experience. I don’t know if it was in response to my email or not, but they have since adopted a no distractions policy too. They don’t put up with it and like the Alamo, aren’t afraid to eject people from the theater.
It isn’t difficult to do the right thing folks. Put your cell phone on vibrate and stick it in your pocket. If it rings, get up and answer it in the lobby. It isn’t that difficult.

To quote Jason Shawhan,Belcourt employee, from a recent midnight movie screening... “As soon as you take out that phone everyone sitting behind you thinks you’re an asshole.” Well said, Jason! 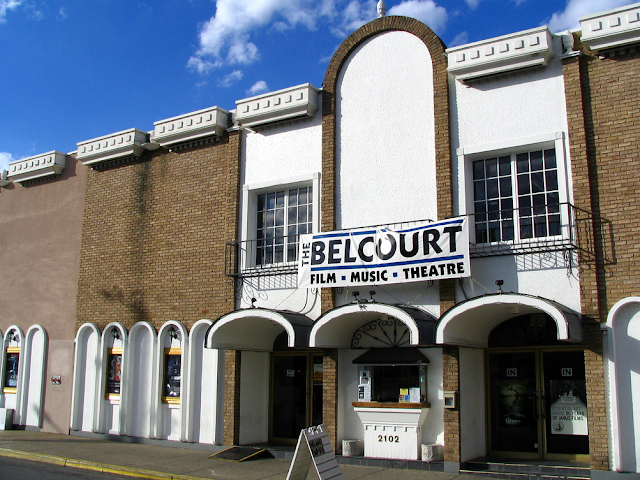 The Belcourt Theater, Nashville's PREMIERE movie theater!! Check out this great article about the Belcourt here