This is it, the top spot in out vampiric countdown. Before I announce the #1 film, let's recap the previous 9 entries:

And now for the #1 spot - a film that is one of the earliest renditions of the Bram Stoker Dracula novel, albeit an unauthorized adaptation - NOSFERATU. 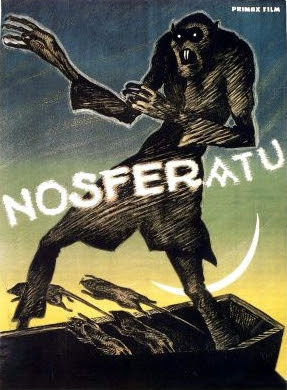 Nosferatu was made in Germany in 1921, ten years before Universal's Dracula. It was directed by F.W. Murnau and stars Max Schreck as Count Orlock. It is a silent film, yet is arguably the most terrifying vampire ever put to film. This vampire is evil, pure and simple. Not the sophisticated, suave vampire most people think of when they hear the name Dracula, but instead a true MONSTER. He is a tall, thin, gangly vampire, almost sickly looking. He is a disease carrier, a pestilence - he controls rats and where he goes he brings disease and famine. In fact he is very rat-like himself, with large twin fangs for front teeth and long sharp claw-like nails. He has a bald-head and piercing eyes, like something from a nightmare. This is a vampire to fear. He won't charm the blood from your veins, he'll rip it open and leave your rotting corpse behind. 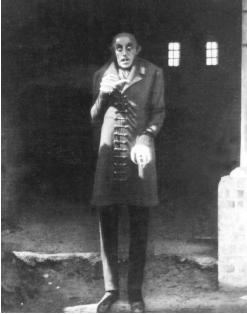 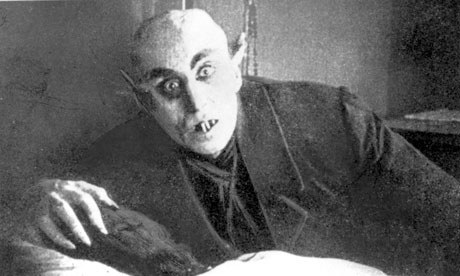 This is a German expressionist film, and makes great use of light and shadows. Some of the most effective scenes in the film are those of the shadow of the Count creeping up on his victim, again, like a nightmare slowly approaching. 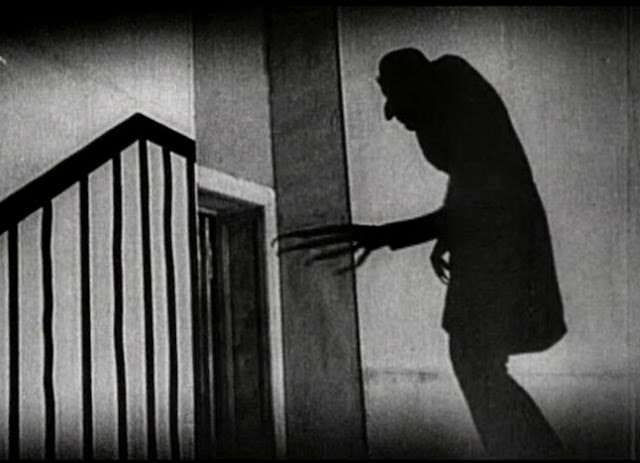 As this was an unauthorized production of the film Bram Stoker's widow eventually caught wind of it and was none too happy. She brought litigation and the film was pulled from syndication and all prints ordered destroyed. Some survived, thankfully. This most likely explains the change in name from Dracula to Orlock (and from Renfield to Knock). If you've never seen Nosferatu you should definitely do so now. I have embeded theentire film below - enjoy, and Happy Halloween!!