We're in the home stretch on the top vampire film countdown, and it's Hammer time as we welcome the #4 movie on our countdown, DRACULA PRINCE OF DARKNESS! 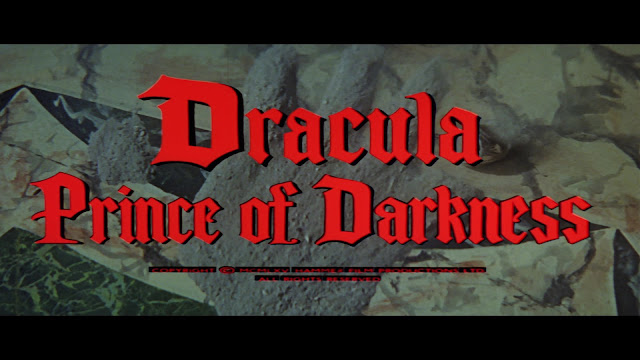 This is the third film in the Hammer Dracula series, the second which featured Christopher Lee as Count Dracula. It was made in 1966 and was written by Jimmy Sangster and directed by Terrence Fisher. It stars Christopher Lee, Barbara Shelley, and Andrew Kier. This film is unique in that Dracula doesn't speak a word during this film - Despite this he still oozes evil in every scene. 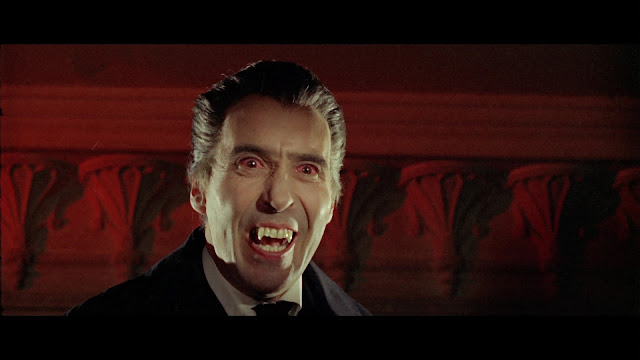 When the film begins Dracula is dead, destroyed at the end of the first Hammer Dracula film Horror of Dracula. He is revived by a devoted minion of the dark prince, a man known simply as Klove. The scene where Dracula is resurrected is one of the best in any Hammer movies. Klove captures and knocks unconscious a man staying as a guest in Dracula's castle. He suspends him upside down over a crypt containing Dracula's ashes, then slits the man's throat, spilling his blood over the ashes and bringing Dracula back to un-life! 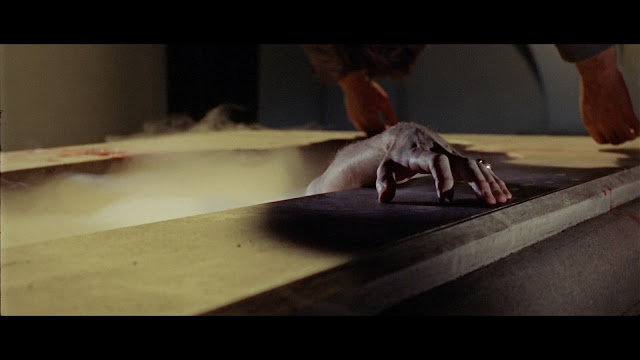 The one thing that would elevate this film higher on my list would be the addition of Peter Cushing as Van Helsing. However, Andrew Keir plays Father Sandor, an ass-kicking monk traveling through the area. I really love his character, and he makes a nice stand-in for Van Helsing. 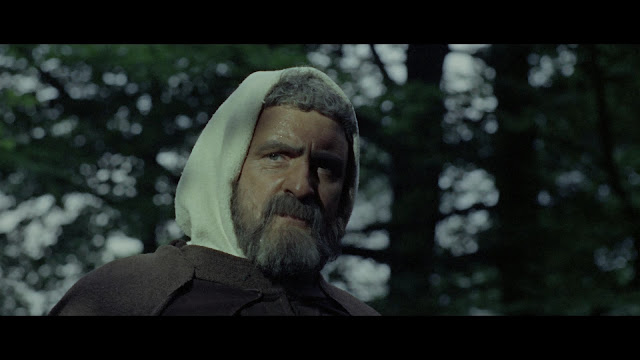 When it comes to vampire films I could honestly have made this list entirely Hammer-centric. The entire Hammer series is excellent, but there are two that I feel stand out above the pack, and DRACULA PRINCE OF DARKNESS is certainly one of those!