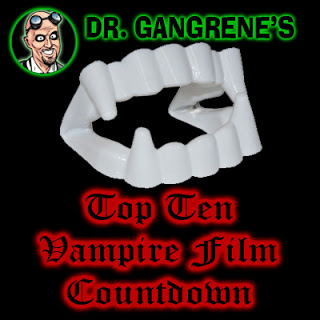 Continuing our countdown of the top Vampire films of all time, at #9 is a film from 1987 that was a HUGE box office success and one that I remember seeing in the theater - THE LOST BOYS. 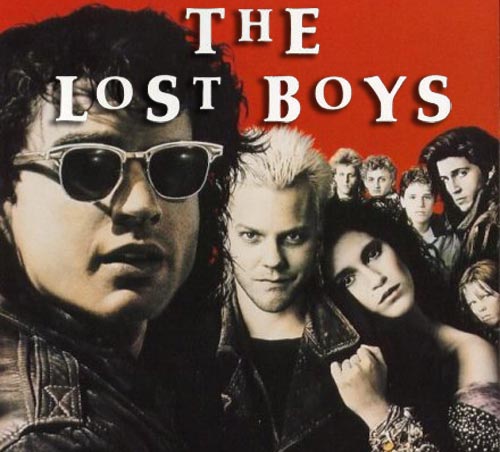 This film was made by director Joel Schumacher and stars Keifer Sutherland, Corey Feldman, Corey Haim, and Jason Patric. It tells the story two brothers and their mom who move to a new town, Santa Carla, CA. The older brother, Michael, gets involved with a pack of bloodsucking bikers and younger brother Sam falls in with two strange kids known as the Frog Brothers who know the truth of what lurks in Santa Carla.

I almost hesitated to put this movie on the list simply because Schumacher directed it, which I realize is unfair. In retrospect I'm letting the complete shittiness of the Batman movies he directed color my perception of this movie. The Lost Boys is a lot of fun and although it is a campy movie it still has its scary moments. The pack of vampires is an interesting element of the film, especially juxtaposed with Sam and Michael's family. Michael finds himself torn between the two and must make a choice. 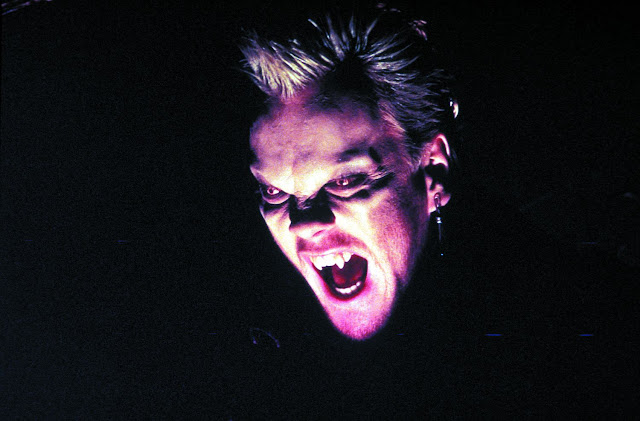 The Lost Boys is a true product of the 80s, a snapshot of fashion and attitudes of the time. I love that a comic book shop plays prominently at the beginning of the movie. Once the final showdown occurs this film falls a little too much into the cliche of having the vampires die too easily. This is a problem I have with most vampire movies that features large numbers of vampires - they cease to be frightening monsters and instead become cartoon characters, fodder for one silly death sequence after another (a problem I have with films like BLADE or FROM DUS TILL DAWN). But despite this THE LOST BOYS is entertaining and worth watching, and one I revisit from time to time.