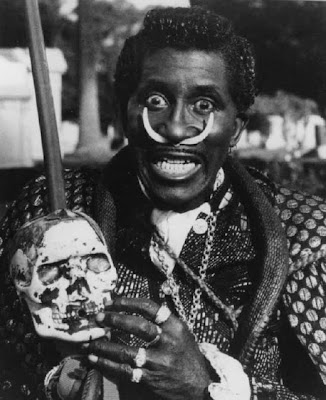 When Screamin' Jay Hawkins recorded his signature tune, I PUT A SPELL ON YOU, he utilized a unique technique - he was drunk out of his gourd! Here is a snippet of an interview with Jay discussing recording that track...

... l wasn't the only one there. lf you notice, you hear me singing but there's a band there too, and every member of the band was drunk. And the man who was the A&R man, his name was Arnold Maxim for Columbia Records - he was drunk! And the engineer, who was mixing the sound and doing the mastering and the editing - he was drunk! Yes, because we had a record called "I put a spell on you" which was recorded previously for Grand Records, and it was a ballad, something like Johnny Ace or Roy Hamilton would sing. And I'm only sorry l didn't bring that copy with me, it's right here in England, it's at the hotel. l brought a whole cassette - it's got about eight songs l did on Grand Records: "$10,000 Lincoln Continental", "Take me back", "I is", "I put a spell on you"... They wanted to destroy the master, or they were supposed to, that's why you see on this one, if I'm correct, it would say "Hawkins and Slotkin", underneath the title.

Slotkin had Grand Records, he wanted a piece of the pie. l had a manager named lrv Nahan, who was supposed to have taken the master and destroyed it, and he took me to Columbia and we came out on the Okeh subsidiary label. And Arnold Maxim said, "With a song title like that it's got to be unusual. I heard the original on Grand, and it was a straight ballad, this song must be weird, it's got to be scary. So how do we go about it?" And nobody said nothing. Nobody said nothing. Then Arnold Maxim decided it was too quiet and he said, "Look, what do you guys do when you do it in a nightclub and you're really having a good time?". And we said hell, we're so drunk we don't know what we're doing. And he said, "That's it!". And he turned around and he spoke to somebody and a half hour later, they came in with boxes and boxes of booze, and boxes and boxes of chicken. He said, "This is a party, it's not a recording session - a party, everybody drink, everybody eat. Then when l think you're right, then well make it a recording session." 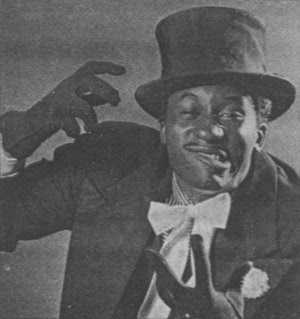 That's the only way to be.

Well we partied and we partied, and somewhere along the road l blanked out. Then ten days later, they told me, he says, "Here, learn this. It's on the market, it's selling, you've got a hit record." So l said, "What's it called?". He said, "It's 'Spell'". l said, "Oh, oh, 'Spell'". So I played it and I listened and I said, "No that wasn't me." He said, "Yes it was". Then he showed me weird pictures which l destroyed right quick and l got the negatives and I destroyed them. And I'm glad, because it was horrible. I made parts of "I put a spell on you" laying on my back on the floor, with the microphone in one hand and a bottle in the other. And everybody was going crazy. Mickey "Guitar" Baker was on guitar - he lives in Paris, France now - he was stoned out of his head. Sam "The Man" Taylor was on tenor sax and you've never seen a drunken saxophone player who couldn't put his lips on his own mouthpiece; you should have seen that, it was really a comical thing. But nonetheless, we did that and the other side, "Little demon", then we made "You made me love you" and "Darling please forgive me". Then we came back the next day, and we did that album called AT HOME WITH SCREAMIN' JAY HAWKINS.


You can read the full interview here

And here is a snippet of an interview with Jay from 1987. This man was a character...