Ever since Famous Monster Magazine won their lawsuit against Ray Ferry and kicked his sorry ass to the curb they seem to be making the right decisions - and that continued yesterday with the announcement of their new Editor - Jessie Lilley.

Jessie had previously edited and published Mondo Cult magazine, and she now takes over the reins of the newly reincarnated Famous Monsters Magazine. Bravo to the new regime for this smart choice of editor! 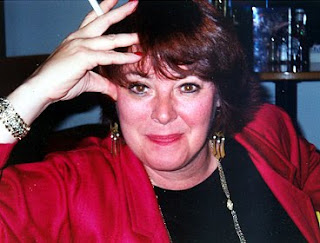 You know, I think I forsee a rival to challenge Rue Morgue in the Rondo Awards next year...
at Wednesday, April 07, 2010