My thoughts on the 2009 Rondo Award winners 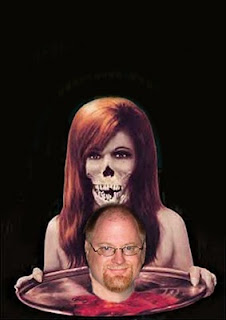 The 2009 Rondo Award winners were announced last night and there were some surprising results in some categories.
A few random thoughts on the awards...
Glad to see District 9 win best film. That rocks. It was such a creative and stylistic movie. And Avatar lost. Nuff said.
The William Castle Collection looks great. I gotta pick up that set.
Glad to see the extensive horror host documentary American Scary get the recognition it deserves. Very cool!
Best Magazine/Podcast/Artist of the Year/Best Article - Rue Morgue won all of these categories. Shows they have a huge fan base. I have to say though, no one does a more rockin' podcast. Great interviews and kick ass music. Glad to see them win that one, and Gary Pullin is an amazing artist, too.
Max the Drunken Severed Head wins Best Blog - Bravo! Max rocks. His website is updated daily, packed with fun stuff, and is always an interesting read. Plus he's a great guy.

Favorite Horror Host - this category is called "Favorite Horror Host" because some of the hosts got their nose bent out of shape the first year at the term "best" - whatever you bunch of big babies - haha (I can say that cause I'm a host too). I was very happy to see Count Gore DeVol win this one. Well deserved!! Congrats Count!

LINDA MILLER AWARD FOR FAN ARTIST OF THE YEAR - a fan artist named Linda Miller passed away this year, and Dave Colton named this award, a new category added this year, after her. I thought that was a nice gesture. The winner was Robert A. Scott. Not familiar with him, but congratulations Robert. This was one category I didn't vote in, as I really find it a bit strange... what is the definition of "fan" and "pro"? Unpublished? Interesting - But nonetheless there are many talented folks out there, and this is a way to recognize more of them. 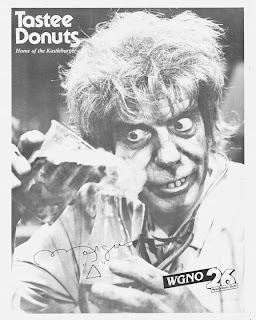 Hall of Fame - I was very disappointed that Morgus the Magnificent wasn't added to the Hall of Fame. This was his 50th anniversary as a host last year. The timing was too perfect. This was his year. The host they added to the HOF was Sammy Terry, another fine addition and a host who definitely should be in there, too. But I'm sorry, this year should have been Morgus. I don't think this category is a numbers game, like the other ones. I think this one they hand select from among those nominated. Really have to wonder why they chose Sammy instead of Morgus...
Dennis Druktenis was added to the HOF, and I am VERY glad he was added. His magazine, Scary Monsters, has the monster kid spirit more than any other magazine. Plus Dennis is a really cool guy.

Congratulations to all who won - Here's the full list of winners below:

DOCTOR WHO: End of Time

AN AMERICAN WEREWOLF IN LONDON:

AN AMERICAN WEREWOLF IN LONDON: 'Beware the Moon' documentary

BELA LUGOSI AND BORIS KARLOFF: The Expanded Story of a Haunting Collaboration, by Gregory William Mank

MONSTERS FROM THE VAULT #26 by Daniel Horne

BATMAN: GOTHAM AFTER MIDNIGHT, by Steve Niles and Kelley Jones

CONTROVERSY OF THE YEAR

Studios offer some classics on DVD-Rs

FILM MOST IN NEED OF DVD RELEASE OR RESTORATION

WRITER OF THE YEAR

ARTIST OF THE YEAR

FAN ARTIST OF THE YEAR

(In memory of the late Linda Miller)

DVD REVIEWER OF THE YEAR

MONSTER KID OF THE YEAR

Chronicler of the sci-fi era