Gettin Cruddy - interview with Jeano Roid of the Creeping Cruds

Nashville, Tennessee may be the home of country music, but for the better part of a decade one band has kept the horror flag flying high in Music City. I am of course talking about The Creeping Cruds, widely known as Nashville’s Scariest Band. I recently sat down with Jeano Roid, Cruds lead guitar shredder (sometime vocalist) and monster-kid extraordinaire and discussed his horror influences, background and generally all things horror in the Middle Tennessee area. 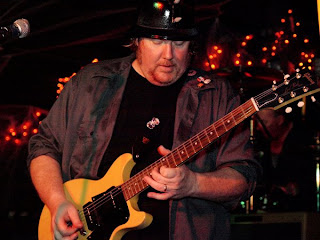 Doc G - So Jeano – thanks for rapping with me a bit. You’re not originally from the Nashville area – where did you grow up and when did the horror bug first bite you?

Jeano - I grew up in West Palm Beach, Florida and started my obsession with Horror at around 7 or 8 years after seeing the original The Fly. I scoured TV Guide to make sure nothing was aired that I would miss. By the time I was 12 I had seen tons of old Horror and amassed a large collection of Famous Monsters mags and other Horror books.

Doc G - I understand you had a horror host in your area growing up… who was it and were you a fan of his show?

Jeano - Actually we had two Creature Feature shows - one in WPB and one in Ft. Lauderdale. Neither had a host but the WPB show had a super-creepy intro with a narrator who was never shown. Saturday nights at 11:30pm! I missed Saturday Night Live for a decade over that time-slot!

Doc G - When did you first pick up a guitar and were you in many bands in your youth?

Jeano - I got my first guitar at around 18. It wasn't like it is today where every kid at school has a bin-account at Guitar Center. We scoured pawn shops and bought old beaters. I was in several long-lived bands and a few side projects. 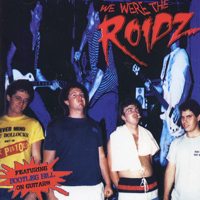 Doc G - You later moved to Florida and were in a couple of other bands down there, the best known of which was The Roidz, (which is where the moniker Jeano Roid comes from). Tell me about The Roids.

Jeano - The Roidz was a ultra-nerdy hardcore band that challenged the world! It was the 80's and we blew up right as the SoFlo hardcore scene peaked. Boomer (who was also in The Roidz) have discussed doing a new Roidz record in the near future - time permitting.

Doc G - So when did you first move to Nashville and how long before you formed the Creeping Cruds? How did you meet your fellow Crudsters? Was the band a horror band from day one?

Jeano - I moved to Nashville in 02, but I had already met McNasty and the original bass player Manthon prior to moving. Once we came up with the band name it was a consensus to go all-horror, which is something I had always wanted to do..

Doc G - Are the rest of the Cruds big horror movie buffs too?

Jeano - Yes, to varying degrees. We all love Horror flicks but I'm definitely the most obsessed..

Doc G - I know you’re a huge horror fan like me, so it’s hard to narrow down a favorite film – but if you had to choose, what are a couple of your favorite horror movies? 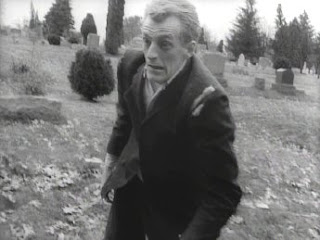 Jeano - Night of the Living Dead, The Evil Dead and Texas Chainsaw are my top three, but I'm a major fan of Karloff and Vincent Price as well. I could make a list but it would be LONG!

Doc G - Your first CD was called “The Incredibly Strange Creatures Who stopped Living and Became the Creeping Cruds.” You sang lead vocals on that one in addition to playing lead guitar. Is singing something you like to do or do you prefer to focus mainly on playing guitar? 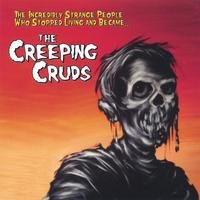 Jeano - Actually our original frontman Travis left the band in the middle of recording so I had pretty much no choice but to do the vox myself. Finding a singer was a priority after the CD was done - and we were lucky to find Wolfie almost immediately. I like writing lyrics and recording, but live vocals are best left to someone else!

Doc G - It’s been a couple of years now since the second Cruds CD, “Tennessee Bloodbath.” Any chance of a new album anytime soon?

Jeano - It's been a little over a year now and we're crawling in that direction. We have some new music but we don't usually add new things to the set unless it's tunes and are having fun with covers etc.. We'll wait until the fans just can't take it anymore!


Doc G - I know you are always working on a variety of projects. Tell me about the music you recently did for a Herschell Gordon Lewis movie.
Jeano - It's actually Tim Sullivan's second sequel to HGL's 2000 Maniacs called 2001 Maniacs - Field of Screams. The latest update to the infamous "The South Will Rise Again" theme from the original movie. Psychocharger from NYC, who I work with from time to time cut the track and at the time their main man Jimmy Psycho was physically unable to play guitar so I laid down several guitar and vocal tracks and mixed the song for the band. My wife Tanya did some evil screams for the track as well.. The movie comes out this summer..


Doc G - What are the future plans for the Creeping Cruds?
Jeano - We're gonna bring the Rock and bring the Horror! Maybe a Creeping Cruds movie should be made.. who knows..


Doc G - I want to salute you for your years of dead-icated service bringing horror to the music city capitol of the world. Long live the Cruds.

Jeano - Thanks Dr. Gangrene! We owe ALOT to you - so thanks a bunch! Come on down to The Lone Wolf Horror Con and visit the Creeping Cruds table!
Doc G - Thanks again for hanging out in my lab for a bit. It’s time to go feed the bats down in the catacombs now, so I must be going. To find out more about The Creeping Cruds visit www.creepingcruds.com and be sure to buy some CDs and tshirts and other goodies while you’re there. Support your local ghouls, that’s my motto!You can meet them live at the Lone Wolf Full Moon Tattoo Festival in Nashville April 24-26 at the Nashville Airport Marriott hotel.
at Friday, April 16, 2010