The Ordeal of Dr Cordell and Miami Thrillers 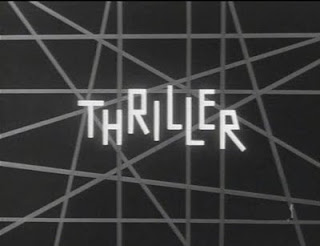 I was watching some old Boris Karloff’s Thriller episodes this weekend and was reminded just how much I love this series. It may just be the finest horror anthology series ever aired on television. I don’t have the official DVD release, unfortunately, but I really need to break down and buy it.

One of the episodes I watched was “The Ordeal of Dr. Cordell.” It starred Robert Vaughan as a scientist named Dr. Cordell who has an accident in his lab and is enveloped in toxic gas. He survives the ordeal but afterwards suffers a strange side effect. Whenever he hears the sound of a bell ringing he temporarily blacks out and goes on a murderous rampage. Afterwards he remembers nothing of the incident. It is a sort of involuntary Jekyll and Hyde transformation.

One of Dr. Cordell’s victims is a very young Marlo Thomas. She is wearing a pair of bell earrings, and the ringing as she walks causes Cordell to blank out and go on the rampage. 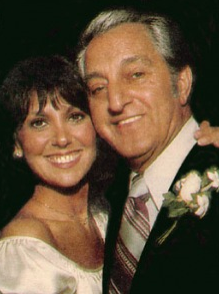 Speaking of Marlo Thomas, did you know Marlo Thomas’ father, veteran TV actor Danny Thomas, was also a co-founder of the Miami Dolphins? He and lawyer Joe Robbie were awarded the expansion team in 1965 for 7.5 million dollars. Thomas later sold his portion of the team to Joe Robbie, who became sole owner until his death. The team thrived under his ownership, becoming the NFL’s winningest franchise and taking home two Super Bowl wins (including the only perfect season).

When he passed away his family sold the team to businessman Wayne Huizinga for 138 million. Huizinga proceeded to run the team into the ground through a series of bad decisions and bad head coaching hires, culminating in an abysmal 1-15 season. He then sold The Dolphins to a team of owners headed by Stephen Ross for 550 million dollars. Ross and co. finally appear to have the team headed back on the winning track.

From Karloff to Thomas to the Miami Dolphins, you never know where you’ll find a real THRILLER!
at Monday, July 12, 2010