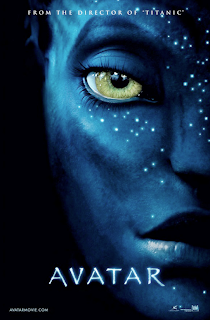 Did you guys hear about the re-release of Avatar? Director James Cameron and Fox have decided to re-release the film in 3D and Imax theaters with an additional 8 MINUTES of footage. Woooo – boy, doesn’t that just make your wallet itch to shell out hard earned cash for THAT bit of lameness?

8 minutes – are you kidding me? This is the biggest greed gimmick I’ve ever heard of. I hope it fails miserably. This is a trend I DON’T want to see catch on. Just release the best version possible in the theaters and be done with it. I can see a future where film makers intentionally hold back certain special scenes for the second theatrical run of a movie if this catches on. If people are stupid enough to shell out for this garbage then I guess we reap what we sow, eh?

Worst of all you just know that there is more additional footage that’ll in turn be released on the special director’s cut DVD, Blueray. Etc etc. … I tell you, they should call this new version AVATURD – cause this stinks to high heaven!
at Friday, July 09, 2010