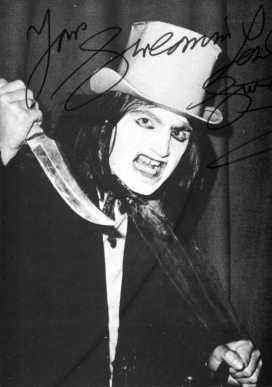 Continuing our look at the pioneers of Horror Rock we today take a look at what I consider one of the big three of horror music – Screaming Lord Sutch (the other two members of the horror elite being Screaming Jay Hawkins and Alice Cooper). 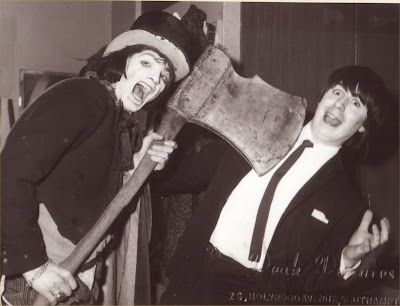 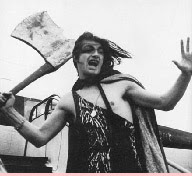 Sutch, like his idol, Jay, emerged from a coffin at the beginning of shows. He had an array of onstage props that included knives, skulls, axes, bodies and severed heads. He wore makeup and had long hair, a definite no-no at that time. His costumes ran the gamut from leopard skins, loincloths and buffalo horns to Roman soldier outfits, but he is probably best remembered for dressing as Jack the Ripper onstage. His onstage antics included attacking his piano player with a knife during the song Jack the Ripper and reportedly flinging heart and liver into the audience (real hearts and livers from a butcher shop).

Horror songs by Sutch included Big Black Coffin, Midnight Man, Jack the Ripper, She’s Fallen in Love with a Monster Man, Monster Rock, Murder in the Graveyard, Monster in Black Tights, Dracula’s Daughter, Only here for the Blood and many more. 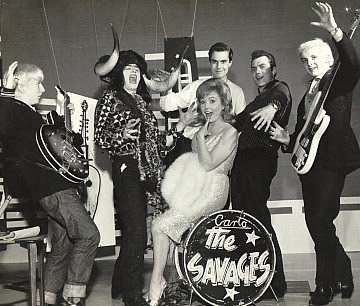 One interesting thing about Lord Sutch is the caliber of musicians he either played with live or recorded with. Among them were: Ritchie Blackmore, Jeff Beck, Jimmy Page, John Bonham and Noel Redding – talk about an all-star brigade! 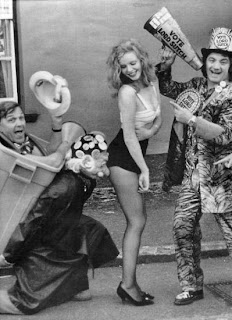 Sutch wound up, incredibly enough, in politics after leaving the music scene. He formed his own political party called the Official Monster Raving Looney Party. He ran for parliament close to 40 times and never won once. He was known for dressing outlandishly and brandishing such slogans as “Vote for Insanity, You Know it Makes Sense.” Sutch claimed he stood for the four R’s “Reading, writing and rock and roll.” You gotta love it!

Sutch suffered from depression, and committed suicide June 16, 1999 by hanging. He was definitely a pioneer of shock rock, so let me raise my bloody knife in salute to you, Screaming Lord Sutch.

SCREAMING LORD SUTCH
and click away to hear snippets of his songs!

And here are some music videos from SCREAMING LORD SUTCH: