Time to announce another Free Giveaway contest, and this time I have a good one for you!
You can win not one, but TWO novels by award winning author Rick Yancey (Book Retail $17.99 each) - The Monstrumologist, and The Curse of the Wendigo - PLUS a $25 dollar Visa card! 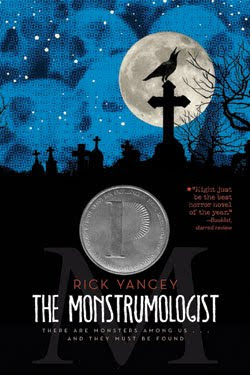 1. The Study of life forms generally malevolent and not recognized by science as actual organisms, specifically those considered products of myth and folklore.

2. The act of hunting such creatures.

These are the secrets I have kept. This is the trust I never betrayed. But he is dead now and has been for nearly ninety years, the one who gave me his trust, the one for whom I kept these secrets. The one who saved me . . . and the one who cursed me.

So starts the diary of Will Henry, orphan and assistant to a doctor with a most unusual specialty: monster hunting. In the short time he has lived with the doctor, Will has grown accustomed to his late night callers and dangerous business. But when one visitor comes with the body of a young girl and the monster that was eating her, Will's world is about to change forever. The doctor has discovered a baby Anthropophagus—a headless monster that feeds through a mouth in its chest—and it signals a growing number of Anthropophagi. Now, Will and the doctor must face the horror threatening to overtake and consume our world before it is too late.


THE CURSE OF THE WENDIGO 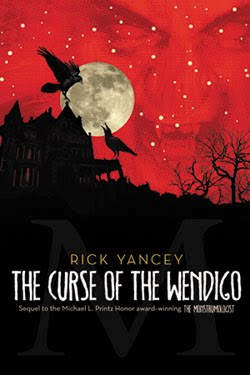 While attempting to disprove that Homo vampiris, the vampire, could exist, Dr. Warthrop is asked by his former fiancé to rescue her husband from the Wendigo, a creature that starves even as it gorges itself on human flesh, which has snatched him in the Canadian wilderness. Although Warthrop also considers the Wendigo to be fictitious, he relents and rescues her husband from death and starvation, and then sees the man transform into a Wendigo. Can the doctor and Will Henry hunt down the ultimate predator, who, like the legendary vampire, is neither living nor dead, whose hunger for human flesh is never satisfied? This second book in The Monstrumologist series explores the line between myth and reality, love and hate, genius and madness. 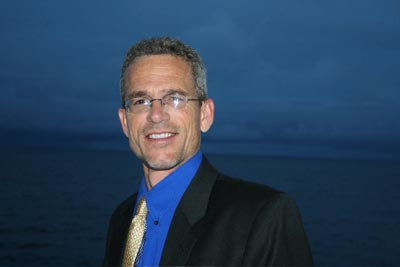 Rick Yancey is the author of The Monstrumologist series (Book #1 of which won the Michael L. Printz Honor Award in 2010) as well as the critically acclaimed series Extraordinary Adventures of Alfred Kropp. He has also written several novels for adults including The Highly Effective Detective and A Burning in Homeland. He earned a BA in English from Roosevelt University in Chicago, and worked as a field officer for the Internal Revenue Service before turning to writing full time in 2004. Rick lives in Florida with his wife Sandy, three sons, two dogs and one lizard. Visit him at http://www.rickyancey.com for more info.

Email ThisBlogThis!Share to TwitterShare to FacebookShare to Pinterest
Labels: free giveaway, rick yancey, the curse of the wendigo, the monstrumologist