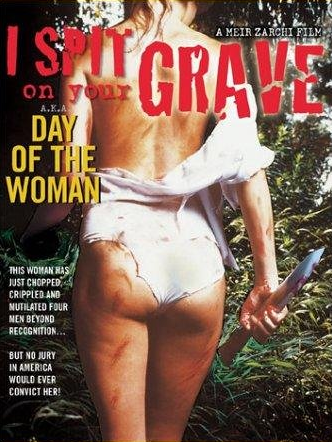 Stuart Feedback Andrews left a comment yesterday in regard to my post about comments the Gore-Met made on the Rue Morgue Podcast that kind of got me thinking. He suggested I have a listen to a show from the Rue Morgue vaults wherein they discussed the films SAVAGE VENGEANCE, NAKED VENGEANCE, and I SPIT ON YOUR GRAVE.  “Have a listen to that SAVAGE VENGEANCE show for some of my thoughts about women highlighting their sexuality as they very much echo some of the comments you've made here.

Well I actually listened to that episode back when he first posted it, but really didn’t remember it very well so I downloaded and gave it another listen. His co-host for that evening was Andrea Subisatti, who is a terrific guest host. She’s a very interesting person -  a writer, sociologist… and roller girl! Check out her website here: http://www.ladyhellbat.com/ She wrote a book called WHEN THERE’S NO MORE ROOM IN HELL: THE SOCIOLOGY OF THE LIVING DEAD which discusses the social impact of zombie cinema. Feedback had her on the podcast to help shed insight into these films and also, I think, to get a female perspective on them, which is important considering the subject matter. 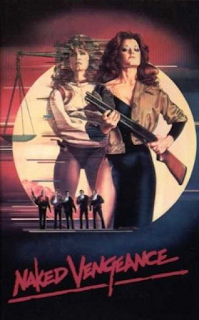 Whew! That’s a lot of remakes and re-imaginings of a little film from 1978 made for just 650,000 (according to IMDB). You have to wonder if the filmmakers had any idea they were creating something that would be this long lasting.  There is a whole sub-genre of rape-revenge films, of which of course ISOYG is considered one of the major players.


The interesting thing about all of these movies, from a personal standpoint, is that I’ve never seen any of them. I was aware of ISOYG and have seen that box cover a million times at video stores but never picked it up. I wasn’t aware of the other films until I heard them discussed on the Rue Morgue podcast, and I haven’t seen the 2010 remake either. Why is that?

I just honestly have never had any interest in I SPIT ON YOUR GRAVE.  It isn’t the type movie I usually gravitate toward. I also haven’t seen LAST HOUSE ON THE LEFT, another rape-revenge movie (the first?) and another film that was, interestingly, remade recently. These are tough films with equally tough subject matter, definitely not fun films. I’ve listened to several podcasts discussing ISOYG since the remake came out. There is social relevance within these films but I just don’t think I care to watch it. 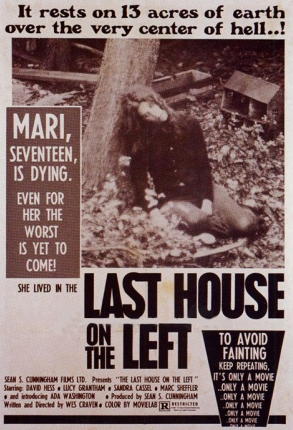 Rape is a horrible crime, and if you’ve ever known anyone who has experienced it you know just how devastating it is. It isn’t funny, isn’t sexy, isn’t something to be taken lightly. I just don’t enjoy films that are that grim in nature, even if there is a revenge element to it. It sometimes makes me wonder if I’m even really a horror fan or not. I love a good monster movie – give me zombies, vampires, ghosts, werewolves, aliens – you name it, I’m there. But the worst monster of all, humans, might be my least favorite.

Films featuring violent sexual degradation just don’t interest me. The definition of degradation is, “the act of humiliating somebody, causing him or her a loss of status, reputation, or self-esteem.” This is why the recent wave of violent films is called torture porn. They’re going beyond just showing violent acts to featuring scenes of torture and degradation, violently humiliating victims and wallowing in their pain and misery. It’s almost as if they gain some sexual satisfaction from it, the more violent the act the bigger the orgasm.  They’re imitating snuff films, more or less, reveling in every gory detail and getting off on the victims pain. And that, to me, isn’t fun. And neither is an extended ten minute rape scene.

It’s interesting to hear Stuart and Andrea calmly discuss the realism, or lack of realism, of the rape scenes in these films. In a way, it’s almost surreal. I understand that this is a work of art that is being dissected, and that is just one part of that art, but it’s a significant element. Do films like LAST HOUSE ON THE LEFT and I SPIT ON YOUR GRAVE wallow in the sexual depravity? To some extent I think they do. Again, having not watched them I’m sure people will cry foul. I’m not saying there isn’t a place for them, or that it is a topic that should be taboo. It just isn’t necessarily for me.
at Thursday, August 30, 2012