I have seen many people lamenting the slew of Hollywood remakes on Facebook over the past couple of days. While this is nothing new, it has increased in frequency in my friends’ circles lately. This most recent onslaught of protests was brought about by the announced remake of VIDEODROME, the 1983 David Cronenberg film starring James Woods. 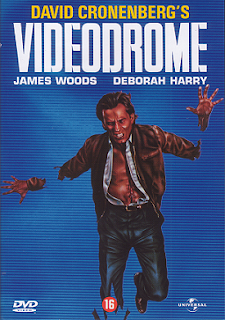 Listen, you know whose fault it is that this remake is happening? Yours. Yeah, you, the person pissing and moaning about this remake. You are the very one bringing this about. Know why? Because you’ll be first in line to see this latest plagiaristic piece of crap, guaranteed. Oh, you’ll probably justify it by bashing it to hell afterwards, but then it’s too late – the moviemakers have won. They have your money. It’s all about money. The studio doesn’t give a shit about anything but money – forget the integrity of a film, its iconic status or even, ultimately, the quality of a film. Money is the bottom line. It’s a business, and when the studio gets your money in their pocket they win. Plain and simple. And thus the cycle continues.


I know I’ve been guilty of this myself. I was the one screaming the loudest about the remake of PLANET OF THE APES, first when Tim Burton lobotomized it in 2001 and then again with the CGI spectacle of last year. And guess what? I spent my hard earned cash on both of these movies. I’m feeding the machine. I’m part of the problem. I’m enabling the studios to continue this trend right along with you and every other mother fucker who continues to hand over money to these hacks. We’re REWARDING them for cranking out inferior copies of other people’s work without a regard for anything but the bottom line. 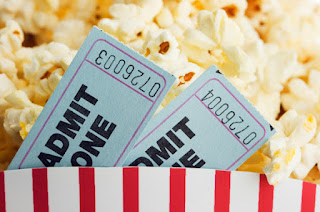 Rather than continuing to feed this cycle we should be penalizing them by refusing to plunk down an ever increasing ticket amount. Until people take a stand at the box office this won’t stop. Instead of spending money on VIDEODROME, or CARRIE, or EVIL DEAD, or ROBOCOP, or PET SEMATARY, or AN AMERICAN WEREWOLF IN LONDON, or CHILD’S PLAY, or THE NEVER ENDING STORY, or TIME BANDITS, or THE BIRDS or CREATURE FROM THE BLACK LAGOON, for fuck’s sake – just a few of the upcoming remakes, the list goes on and on –just say no. Refuse to go. Stop being part of the problem, stop feeding the machine. Until you do this you’re no better than the person who refuses to vote yet complains about his politician. In fact you lose your right to complain. Shut the fuck up unless you’re willing to do something about it. If you pay to see remakes in the box office then don’t turn around and bitch about how awful it is that Hollywood keeps churning them out. They are a business out to make money. Would you go to McDonald’s and complain that people are eating Big Macs while you’re sitting there eating a fucking Big Mac? It’s insane.

Instead of spending money of whatever craptastic remake is coming out save your money and do something constructive. Go see original films, or go see rereleases of older movies. Did you hear about the TCM rerelease of classic films this fall? To celebrate 100 years of Universal films they’re showing THE BIRDS, FRANKENSTEIN, BRIDE OF FRANKENSTEIN and TO KILL A MOCKINGBIRD in select theaters nationwide.


Go here to find a theater near you:

Go see these movies in theaters. Please. I’ve been saying for years that Hollywood should rerelease classic films rather than remake them. This could very well become a trend. Know how that happens? By these films successfully MAKING MONEY. It works both ways. You have the power to inform the studios what you want to see. And if you’re not going to go see these films, and you continue to spend money on needless remakes, then do us all a favor and shut the fuck up.

Email ThisBlogThis!Share to TwitterShare to FacebookShare to Pinterest
Labels: bride of frankenstein, frankenstein, remakes, the birds, to kill a mockingbird, videodrone