I just finished listening to the latest episode of the Rue-Morgue Podcast and was kind of left feeling insulted afterward. The Rue Morgue Podcast is, of course, the podcast that endured after long running Rue Morgue Radio was cancelled. It features Stuart Feedback Andrews interviewing celebrities and figures in the field of horror. In this latest episode he spoke with Rue Morgue film critic the Gore-Met, who has a regular column in the magazine specializing in gory horror movies. The interview was a lengthy one so it was actually broken into two sections, and it was in part two that Gore-met made a comment I took offense to.

In part two Stuart took the Gore-Met to task for a series of comments he made regarding Women in Horror Month on the Rue Morgue blog that many felt were insensitive and offensive. Feedback was a little easy on him, truth be told. The Gore-Met offered up a lame excuse that those comments were made in jest, and it was all a joke, but I ain’t buying it. There was more than a little bit of personal opinion mixed in there to even make those remarks in the first place. And even if it WAS a joke it’s extremely insensitive to make those jokes at other peoples’ expense to begin with. I guarantee the women who read those posts, especially Lianne Spiderbaby, didn’t take it as a joke.

Speaking of Lianne Spiderbaby, it was a remark about her that led to the part of the podcast I drew offense to. The Gore-Met made a catty remark about women in negligee and high heels reviewing movies (Spiderbaby) which led to him talking about Elvira. Here’s the conversation, below: 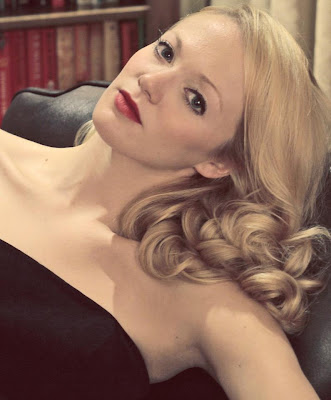 ( NOTE - I changed out this pic of Lianne Spiderbaby from the one I posted yesterday because this is probably a better representation of her - she's a movie reviewer, the others host horror movies. Different schtick, you know?)


Feedback: I want to actually get into that whole issue about sexualized images of women in horror, because I think that’s an important discussion to have, but not necessarily with you. (laughs)

The Gore-Met: Truth be told, the whole Elvira… the Katarina’s Midnight Movie thing that DVD companies have going on I think is thoroughly fucking insulting, and I don’t wanna look at that, I just want to see the movie. I don’t want to have to ogle the wrestling diva for five minutes before the movie, what the fuck is she doing there? What’s the significance of it, get out of the way.

The Gore-Met: She seems like a nice person but that whole horror host shtick… I don’t like when guys do it either. I used to watch that when I was a kid, I don’t care about it anymore. You know just get out of the way. Again, it’s somebody trying to make money and promote themselves off the back of the work of others. You could say that about us, too… but I think we’re presenting something of value more than just putting on a stupid costume and making a few bad jokes.

Ok, a few things going on here. First and foremost is the slam toward Elvira, Katarina (I think he means Katarina’s Nightmare Theater)and Lianne Spiderbaby. The Gore-Met really seems to have an issue with attractive women in the horror field who dress provocatively. Perhaps it’s an insecurity thing, but more likely it’s simply a male chauvinistic one. More than once he mentioned going to a strip club on the podcast. Perhaps it is the fact these women aren’t presented in the correct context for Mr. Gore-Met - maybe he is simply more comfortable with them when presented as sexual objects, or maybe the mixture of sexuality and authority unnerves him. 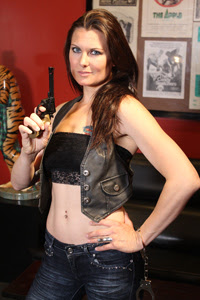 Elvira and Katarinna are “fucking insulting” to him, and he doesn’t want to have to ogle the wrestling diva for five minutes before getting to the movie. Fine. Don’t buy a copy of the film with her on it. Not a big problem. But perhaps the deeper issue is, again, why does this make you so uncomfortable? And why when you watch it do you feel you’re ogling her? 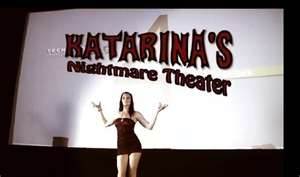 Next he goes on to say he doesn’t like it when men host horror movies either. Fair enough, it isn’t everyone’s bag, I get that. He feels the hosts should get out of the way so the viewers can get on to the film. I get that too. I feel the same way about Mystery Science Theater, so I don’t watch versions of movies with their treatment. Copies of these movies are readily available un-hosted and in many cases, like the MST discs, you can choose to watch with or without the host segments. No problem there.

He mentions he used to watch horror hosts as a kid but he doesn’t care about that anymore. Fine. Don’t buy it. But a lot of other folks do care about it, including many kids. I think that was meant more as a derisive comment than anything else. Horror hosts are too juvenile for the Gore-Met’s refined tastes therefore it doesn’t have merit. Hey, I have news for you, Gore-Met, despite what you may think, just because you don’t like something doesn’t make it bad.

He finally reaches the part of this that I take most offense to when he says horror hosts are simply “somebody trying to make money and promote themselves off the back of the work of others.” He does go on to say, “You could say that about us, too… but I think we’re presenting something of value more than just putting on a stupid costume and making a few bad jokes.”

Seriously, Gore-Met? What an arrogant statement. But then arrogance seems to be a pretty common trait among most critics. As I said in a comment on the Rue Morgue blog, if you don’t like horror hosts that’s fine but don’t act like your own work is somehow better than what we do, especially when compared to someone like Elvira, a beautiful, talented, funny, strong woman who is internationally famous through years of hard work as a writer, producer, and actor. She wrote those Elvira films as well as many of the shows themselves. She earned her place in horror history and definitely offers much more than a few bad jokes. 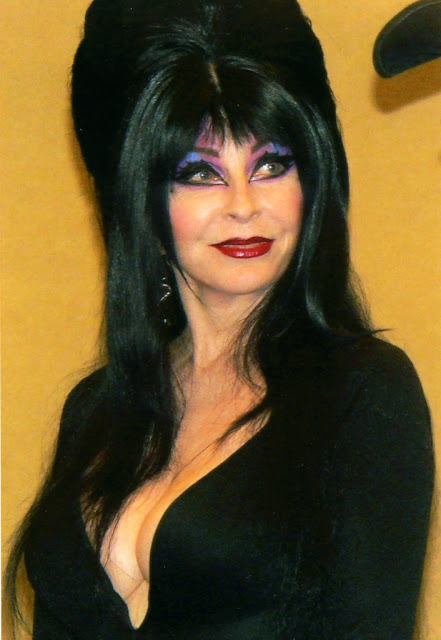 I personally spend countless hours researching, writing, shooting and editing my segments to make them as entertaining and informative as possible. I have had many young folks come up and tell me they grew up watching my show and want to thank me for getting them into horror. I feel it is a service I provide, in a way, helping to keep the memories of these shows and the people who made them alive in the public consciousness. My philosophy was always to never assume the viewer already knew something. In other words, I would mention that Boris Karloff played the Frankenstein Monster, or Lon Chaney played the Wolfman, facts that we as older horror movie viewers already know, but you know what? There are kids watching that DON’T already know these things. And I, as a “stupid costume wearing, bad joke telling” horror host have a way to reach these kids and introduce them to these wonderful classics.

Horror hosting is a time-honored tradition that a handful of us are trying to keep alive. I don’t simply do this for fame or money, there are much better ways to achieve both. In fact, for years I didn’t even take any merchandise with me to conventions. I found the shows much more enjoyable and it was much easier to gather interviews if I wasn’t chained to a table. Sure, I was missing out on sales but who cares? It isn’t about that. This is an artistic endeavor, a way to express myself that is fun and centered around one of my main interests, horror movies. I guarantee I spend way more than I make at this, in money and time. I only recently started getting a table at shows again, mainly because people kept asking me for new DVDs.

How is this any less noble a profession than what you do, which was admittedly started only because you wanted free swag? You get paid to write your opinions. Terrific. But the problem comes into play when critics start taking themselves too seriously. Of course their opinions are more important than everyone else’s, and of course they’re always right, and of course you offer more than someone in a stupid costume telling bad jokes because you’re the Gore-Met, fer Christ sakes! Just listen to how ridiculous that is. The Gore-Met. Why that’s as ridiculous a name as Elvira, or Lianne Spiderbaby, or Dr. Gangrene. That is a name worthy of someone wearing a stupid costume and telling bad jokes!


Tell you what, Gorey, if you get tired of spouting your opinion on gore films maybe you should consider hosting movies. You never know, you might just be a natural at it. But you probably won’t get as much free swag.
at Monday, August 27, 2012