The Men Behind the Naschycast

My good friends Rod Barnett and Troy Guinn have been doing a podcast for a couple of months now called the Naschycast. This podcast is an offshoot of Rod's blog, The Bloody Pit of Rod. I thought I'd interview the guys and let you readers get to know them a little, see just what this podcast is all about, and what makes the films of Paul Naschy so intriguing for them.


How would you describe the Naschycast for those who have never heard it? 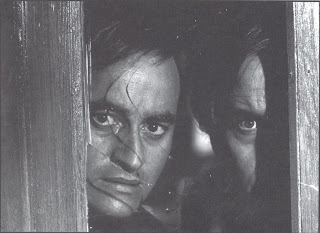 Rod - It’s a deep plunge into a world most are unaware of! It’s a trip into dark, dank places where monsters dwell, villains plot and tragic events happen at a rapid pace. It’s a land of unknown wonders and beautiful women with danger lurking around every corner.
That- or it’s a Podcast in which two Nashville monster movie fans discuss one film from Spanish horror icon Paul Naschy’s long list of credits in detail each month. It’s an in-depth look into what makes each film work and why with our thoughts on where it fits in both Naschy’s career and the genre itself. Complete with sex jokes.

Troy - An American perspective on a Spanish phenomenon...basically an informal look at the films of Paul Naschy in an attempt to make people aware of how much variety and texture there is in his work. I think some people have a preconceived notion towards Naschy that his films are dull, childish, or derivative. I hope that we can challenge that opinion and get people to give Naschy more credit for the creative spirit and artist he was. Ultimately, the goal is similiar to most any program of this nature...to make people want to see the films! If we can provoke that response here and there, we've done our job.


You both are obviously fans of Paul Naschy. What was the first Naschy film you ever saw and where did you see it? 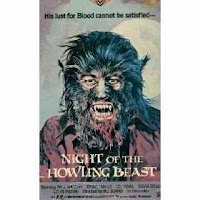 Rod - The first one I ever saw was NIGHT OF THE HOWLING BEAST. I had read about Naschy for years but this was the first time I got to see what all the fuss was about. It was so much fun I had to have more. 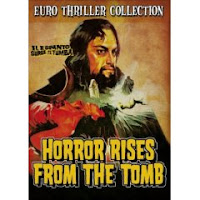 Troy - HORROR RISES FROM THE TOMB, on local television, on an old portable black-and-white TV. I was pretty young, and it would be years before I learned of who Naschy was and his place as a Spanish Horror icon. Even in an edited version for television, though, the film made an impression on me with its creepy, weird atmosphere.

What is there about Paul Naschy in particular that interested you enough to devote an entire podcast to his work? 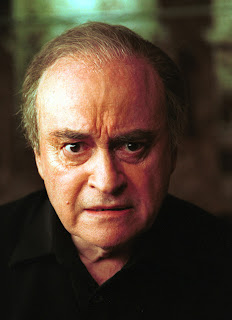 Rod - There are many things. The breadth of his career, his use of a reoccurring werewolf character; the fact that he wrote most of his best films; his enthusiasm for fantastic cinema in all its forms; the harsh nature of the often tragic stories he tells and his desire to entertain film-goers at all times. It’s rare to find such a talented man able to work in the horror genre for so long and produce so many great movies. He was a writer, director, producer and actor which speaks volumes about his skills as an artist.
But there is also the fact that I wished there was something like this podcast out there for me to listen to. I realized that if I wanted to hear something like this maybe others would like to as well. There is so much to talk about in Naschy’s movies that it could always be interesting and maybe we could introduce others to his work. That’s what I hope we manage to do.

Troy - First and foremost, that he was an actor and screenwriter for many of his films, and also a director on some of them as well, so one can really look at his films as reflecting his own vision. You can't really say that about any other classic horror actor. Plus, as a Monster Kid, I've always respected and appreciated him for almost single-handedly being the torch-bearer for the classic monsters (Dracula, Wolf Man, Mummy, etc.) after the Hammer and Universal films had run their course. 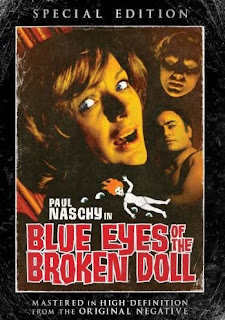 Rod - That is a very hard question. I have enjoyed almost every one I’ve seen but the three I like the most are probably HORROR RISES FROM THE TOMB, BLUE EYES OF THE BROKEN DOLL and THE PEOPLE WHO OWN THE DARK. Or WEREWOLF SHADOW a.k.a. THE WEREWOLF VS. THE VAMPIRE WOMEN. Yeah! That’s the one! 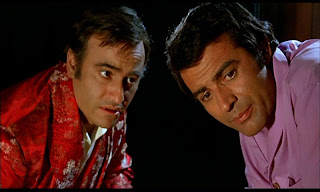 Troy - Again, HORROR RISES FROM THE TOMB. I just think it's a great piece of barely-controlled madness and a major work of 70's horror.


What has surprised you during the production of this podcast that you didn’t see coming beforehand?
Rod - I had no idea how much hard work it would be! Seriously. I thought it would be a simple case of just recording the two of us talking about each movie and throwing it out there for others to hear. Boy, was I wrong. It takes hours over a couple of days to get each one into shape and then I’m never really happy with it. I’m currently obsessing over better mics and wondering if I can rig something new before we record the next one. 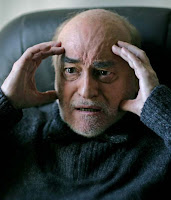 Troy -  Honestly...how many people have actually listened to it! That's probably a common worry for anyone starting a podcast, especially one such as ours that has a singular subject, you find yourself wondering if anyone will even give it the time of day. The response has been really great! 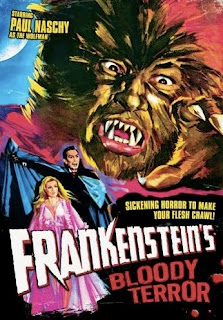 Rod - That’s a tough one as one of the draws of his movies is the more adult nature of them. Of his monster movies I would say FRANKENSTIEN'S BLOODY TERROR a.k.a. THE MARK OF THE WOLFMAN as the most family friendly. There is no sex and the violence is of the less bloody type.

Troy - Right now, I can only say MARK OF THE WOLFMAN a.k.a. FRANKENSTEIN'S BLOODY TERROR. There is no nudity, and the gore is about the level of a Hammer film. If you define "family friendly" as not having gore and nudity, the usual Naschy film has both in considerable supply.


What are the future plans for the podcast?
Rod - To keep getting one recorded and out to folks each month. Also we hope to expand the discussion of Naschy a bit by occasionally looking at his work outside the horror genre. His crime movies are worthy of discussion and can often be as entertaining as his more famous monster work. I think BLUE EYES OF THE BROKEN DOLL is a certainty for a future podcast topic. We’ll always come back to the werewolf stories but spicing things up with other flavors will keep things from getting dull or obvious. We hope!

Troy - To keep doing it as long as it feels fresh to us and people keep listening, or, let's face it, until there are no more Naschy films that we can track down. As far as format goes, we'll always be open to ways to tweak the formula and keep things interesting. Naturally, finding new ways to make Eurohorror-philes aware of us and getting more exposure for our show is part of the plan as well. 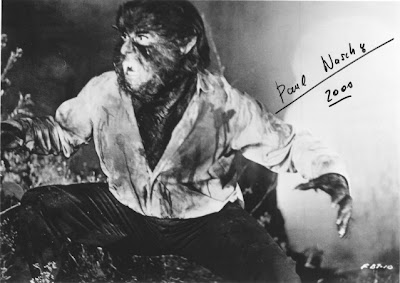 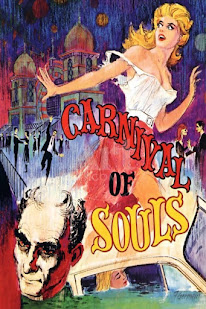