Few random thoughts today…
It is a beautiful, sunny, 70 degree day outside in Nashville today. I had lunch with my wife and youngest son in the park. Good times. I hope this weather will stick around for a while.


*********************
I saw the Oscars last night, and was thrilled that this year’s award ceremony included a tribute to horror movies. It was pretty well done, despite the fact it was introduced by Kristen Stewart and Taylor Lautner, two of the stars of Twilight. Yuch. The tribute covered a wide variety of movies than spanned the decades, from Frankenstein to Twilight (again, yuch). Kind of scratched my head at some of the films in the montage, like Edward Scissorhands (a fantasy movie at best), but apart from those gripes it was great seeing a salute to the genre so often ignored by the Academy. 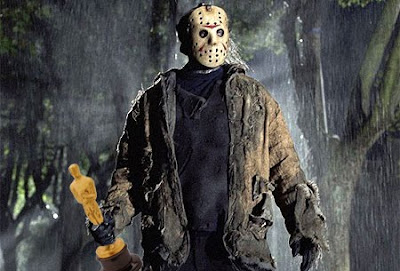 So how much fun would it be to see Jason kill someone with one of these?
Hey, there's an idea for a future sequel!
I noticed in the end credits that this segment was credited to Jon Bloom. This is not to be confused with John Bloom, best known as TV Horror Host Joe Bob Briggs. I daresay good ole Joe Bob would have put together a MUCH better tribute, and I guaran-damn-tee there wouldn’t be any Twilight clips in it, either!


**********************
I didn’t see the entire Oscars, just kind of caught it in bits and pieces. I didn’t see if they showed Roger Corman last night, or even announced his honorary Governor’s Award. I sure hope they did – no one is more deserving of this honor than Roger. Congratulations from a big fan down south here in Tennessee.


*********************
I saw Rob Zombie’s CSI episode last week. I’m not really a fan of the show, and ordinarily don’t watch it. But I did catch Rob’s episode. I thought Rob handled the material well enough, and even managed to work in a classic horror clip (Nosferatu), a snippet of one of his songs from the new CD (Virgin Witch), and a cameo by his wife Sherri Moon, who was great, btw. But the plot was just so-so, and there was only so much they’d allow Rob to do within the confines of the show. I’d love to see him given free reigns to really cut loose with the characters and story, but that wasn’t going to happen. Overall, not bad, but nothing spectacular. 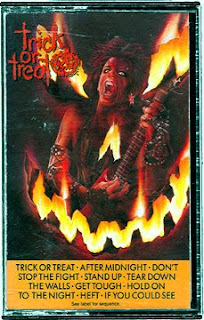 I really need to pay closer attention to what I’m doing. I recently made a purchase on Amazon of what I thought was the CD soundtrack from the movie Trick or Treat – but instead what I got was the cassette. Doh! Oh well, got it transferred to CD and am listening to it right now. I have to laugh at myself over that one, though.
at Monday, March 08, 2010