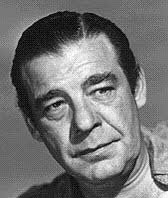 You know, Lon Chaney Jr. was a guy I'd have gotten along well with, most likely. When I interviewed Forest J. Ackerman I asked him about Lon Jr. He said that when they met Lon didn't want to talk about his past film roles, his father, or famous monsters... all he wanted to talk about was fishing.

This was late in Lon's acting career, and he was pretty much burnt out by this time. Years of drinking had taken their toll, physically and mentally. At this point acting was just a job, and I'm not surprised that his main interest was in getting away from it all and relaxing, and apparantly fishing was one of those things he really enjoyed. Growing up in the South I've spent more than my fair share of time holding a fishing rod, and I'm pretty good at catching fish. I'd have loved to spend an afternoon chewing the fat with Lon on a lake. I like down to Earth people, and that definitely describes Lon. Yep, fishin' and drinkin' beer - there are definitely worse ways to spend an afternoon. 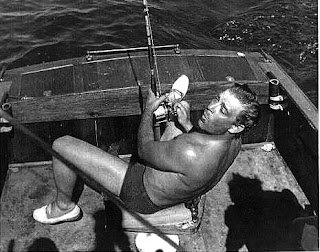