The way she walked was thorny… 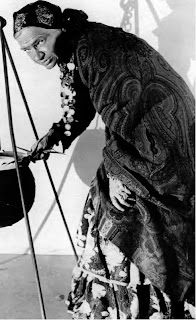 One of my favorite characters in the 1941 film The Wolf Man is Maleva the gypsy, played brilliantly by Maria Ouspenskaya.

Maria was born in Russia on July 29, 1876. She studied acting directly under Stanislavski, famed creator of the “Method Acting” system. She visited America while performing in a Russian Theater group (the Moscow Art Theatre) and decided to stay in America afterwards.  She co-founded the School of Dramatic Art in New York, teaching Method Acting to intrigued young students. 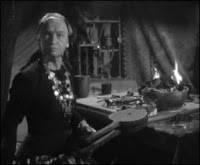 She inevitably found her way into motion pictures, appearing in 25 films between 1915 and 1949. She received two Best Supporting Actress Oscar Award nominations – Dodsworth (1936) and Love Affair (1939). However, it was a little role as a gypsy fortune teller in The Wolf Man that she would become best known and remembered for – a role which she reprised two years later in Frankenstein Meets the Wolf Man. 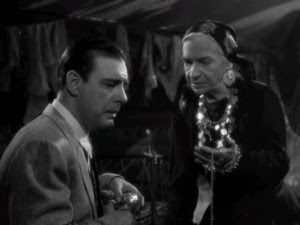 The strength of her performance made this an iconic character, one that is synonymous with classic horror. Who can see an old gypsy woman in movies without thinking of The Wolf Man? At least I know I always do.

Maria’s last film was A Kiss in the Dark in 1949. She fell asleep late one night while smoking in bed and her apartment caught fire. Maria died December 3rd, 1949, reportedly from a stroke brought on by her injuries. She was 73 years old. 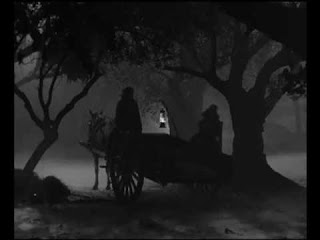 Email ThisBlogThis!Share to TwitterShare to FacebookShare to Pinterest
Labels: a kiss in the dark, lon chaney jr., maleva the gypsy, maria ouspenskaya