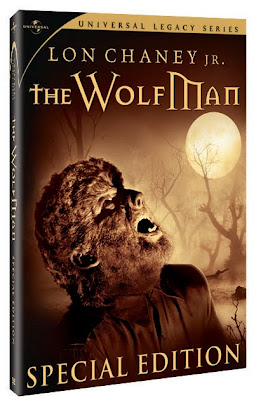 Universal Studios is releasing an all new version of  the 1941 classic THE WOLF MAN in early February - it is the Universal Legacy Series Special Edition, a 2 disc deluxe treatment packed with extras. Included are:

Featurettes:
I am really, really looking forward to both this dvd and the new Wolfman movie. Definitely a howling good start to the 2010 movie season!!
at Tuesday, January 05, 2010