I’d like to pay tribute today to a man who had a huge influence on the success of the 1941 Universal classic The Wolf Man, but whose name is little known to most fans of the film. This man had a hand in one capacity or another in several of my all time favorite horror films: The Wolf Man, Man Made Monster, Frankenstein Meets the Wolf Man, even the Adam West Batman series. I’m talking about director George Waggner. 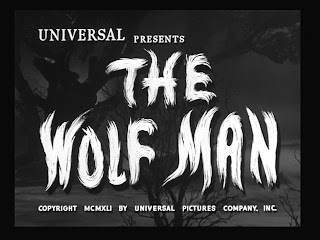 George Waggner (spelled with two g’s) was born in New York City on September 7th, 1894. He studied Pharmacy at the Philadelphia college of Pharmacy, where I have found conflicting reports about whether he graduated. His plans to become a Pharmacist were put on hold, however, when World War I broke out, and he served a stint in the military. I am not sure which branch he served in, but if I had to hazard a guess I’d say the Navy. Several of the scripts he would later write were sea stories, including his very first, Gorilla Ship a.k.a. Vengence Rides the Sea.

After the war George found himself in Hollywood where he initially worked as an actor. This makes me wonder if perhaps he met someone in the service who got him interested in this profession, or if he just somehow stumbled upon this new career. His first acting role was in a 1921 silent film called The Sheik. He appeared in 7 films between 1921-1926, several of them westerns, and even portrayed Buffalo Bill Cody in the film The Iron Horse in 1924 (directed by John Ford). 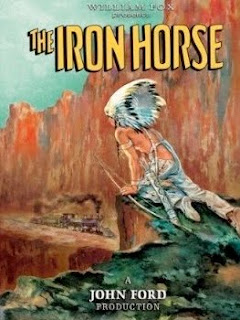 With the advent of sound in movies (the first feature film “talkie” being The Jazz Singer in 1927) George shifted his interest and began working as a song composer and lyricist for movies. He wrote lyrics and music for songs featured in 17 films between 1929 and 1949, his first being the lyrics for the songs “If I had my Way” and "I'm That Way About Baby (And She's That Way About Me)" in the film The Flying Fool from 1929.

In 1932 George again expanded his creative interests and started what would become a long and successful career as a writer. His first credit is the screenplay for Gorilla Ship in 1932. He’s credited for screenplay, dialogue or writer for 24 films between the years 1932 and 1938. With the film Western Trails (which he wrote under the pseudonym Joseph West) he began writing and directing films. In all George would write for 71 movies and TV series, including the screenplay for one of my all time favorite Universal movies, Man Made Monster (starring Lon Chaney Jr.). 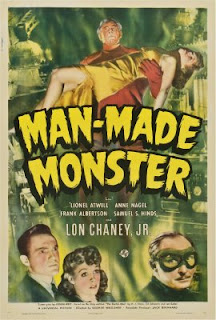 In 1938 George began directing movies. He made 6 that year: Ghost Town Riders, Prairie Justice, Guilty Trails, Black Bandit, Outlaw Express, and Western Trails, all of which he also wrote. I’m not sure which of these came out first, but did read somewhere it was Black Bandit, a western starring Bob Baker the singing cowboy. George would go on to direct 58 films and TV series, including several that are quite significant to the horror genre. In 1941 he directed Horror Island, Man Made Monster, and his best known picture The Wolf Man (what a year!). He directed multiple episodes of The Veil for television in 1958. Between 1966-1967 he directed one episode of The Green Hornet, seven episodes of The Man from U.N.C.L.E. and ten episodes of Batman. 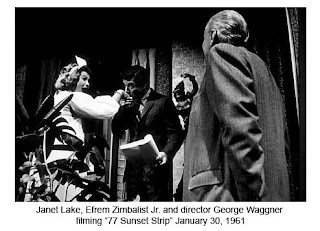 Beginning in 1941 George even worked as a producer in Hollywood, racking up 17 producer credits in all including such notable films as: The Wolf Man, Ghost of Frankenstein, Invisible Agent, Frankenstein Meets the Wolf Man, and The Phantom of the Opera (1943 version starring Claude Rains). His last producer credit is listed as The Wolfman, an eight minute abridgment of the 1941 feature The Wolf Man, released in 16mm film format (which he also directed).

George was a multi-talented man who had a long Hollywood career. His wife’s name was Danny Shannon, and they had a daughter named Shy Waggner who even had a small role at age 25 in The Fighting Kentuckian, a John Wayne film written and directed by George. He passed away on December 11th, 1984 in Hollywood of natural causes at age 90. Here’s a salute to this multi-talented and little recognized talent of the silver screen.
at Friday, January 08, 2010