Today is the birthday anniversary of one of my favorite actors, John Agar. 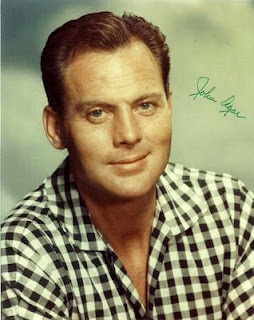 Born Jan 31, 1921, John Agar would go on to a terrific career as a leading man in Hollywood, and starred in many sci-fi and horror fan favorites including Attack of teh Puppet People, The Brain from Planet Arous, and Tarantula. Here's my recommended movie of the week from last May featuring John in The Brain from Planet Arous - and I also put together a music video for the Dead Elvi featuring their song, John Agar Rules. Check it out below!!