Greetings Fright Fans - I've got a special treat for you readers tonight (funny how I keep wanting to "say" viewers... years of hosting shows on TV have that habit ingrained, I suppose). Tonight's post is written by guest blogger Camielle White. Camiele is a freelance writer who loves all things horror and Halloween in nature - which makes her okay in my book! She writes regularly for Star Costumes and occasionally writes articles for other websites as well. She tackles the films of Peter Jackson tonight, in particular a couple of his early classics, Bad Taste and Dead Alive. Enjoy!

The First Class Genius and Bad Taste of Peter Jackson

It’s a pleasure to know that with the advent of maturity a director is still capable of displaying the full strength of his creative muscle. Peter Jackson has shown that though budgets and production may have grown, despite “prestigious” accolades having intensified the amount of expectation and pressure, his keen eye for gross detail and subtle ostentation (if there is such a thing) has never wavered. In fact, given his access to millions of dollars and some of the sharpest minds in cinematography, his lust for all things earth-shattering has been quenched from here to Christmas. 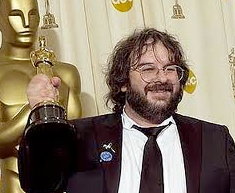 As with most directors, Jackson’s big screen aspirations were humble. Unlike many of his contemporaries, however, he came on to the film scene with absolutely no fear in his green second before the dawn of worldwide notoriety. Two films in particular stood out as examples of the complex wealth of creativity that dripped from Jackson’s psyche. I’m, of course, referring to Dead Alive and Bad Taste --films that exploited the glamour and calamity of gore while giving horror a more gratuitous pool of hilarity from which to drink. What Jackson did effectively in these two films was stretch the palette of the audience, pushing them to the limits of their capacity for madness and over the top nasty. 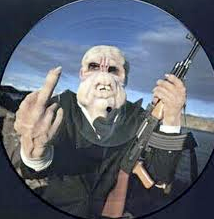 Firstly, Bad Taste. In the context of cult horror, Bad Taste is a film that definitely earns its honours for being truly one of the most original and ridiculous films ever made. With aliens that eat their own vomit for supper, an unsuspecting collections agent simmering in a pot of vegetables and herbs, and a protagonist who, when his skull is cracked, continues to stuff random brain matter back into his head, it’s no wonder the film is heralded as one of Peter Jackson’s most remarkable. It’s gratuitous and filthy, qualities that shouldn’t shock true Jackson fans. It’s this fearlessness that woke Hollywood up to the potential of someone truly twisted and magnificently brilliant. The gory nonsense of the film should be lauded for its overall creativity --albeit, the acting was nothing short of film school mediocre. What’s impressive is the early hints of genius that shone through as Jackson, who directed, produced, and wrote the film, managed create a zombie/alien gore fest without the aid of any real money. This creativity is also glaringly obvious in the manner in which he chooses to shock the audience --sipping “chuck” (vomit, for the uninitiated), eating the brains of a corpse with a soup spoon, and keeping one’s skull from falling apart with a leather belt --all nods to having the mind of a mad scientist with the budget made up of maxed out credit cards. Seeing as the film was shot on week-ends over the course of four years, it’s truly incredible that the film got any air time at all. But the cult fanaticism of the film allowed Jackson to go on to bigger and better things. 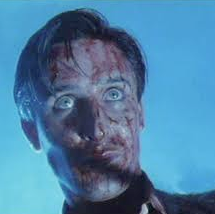 Which leads us, of course, to Dead Alive. This is one of those films that defies all logic and manages to become truly magnificent. It also does an incredible job of highlighting the untapped potential of its director. Jackson ventures further in terms of plot and classic horror fright whilst still maintaining his unyielding desire to stretch the scope of gore. His humour becomes increasingly evident with every film that he produces --making references to porn films starring a chambermaid and a donkey, tap-dancing on the perverse with a zombie table fuck, and explicitly exploring the slightly incestial with a jolting “rebirth” (with our protagonist being sucked back into his zombie-alien mother’s womb). It’s no wonder that people began knocking down Jackson’s door when the film saw daylight. It’s a marvel of cinematic simplicity and elegance --if nothing else, it managed to scare the hell out of Hollywood who would’ve probably preferred paying Jackson to create instead of letting his madness run rampant in the streets.

Without a doubt, Peter Jackson is one of the most astounding directors of the last 25 years. Never mind his increasing number Hollywood shout-outs, horror owes him a big debt of gratitude for injecting some fearless stupidity into a genre that preys on its audience --instead of big, boisterous shocks, you get disgusting and creative killing sprees and all manner of fluid ingestion. If you ask me, his horror career is something that’s still completely underrated and overlooked by those new to his genius. You’ll always have those fools who only know of Jackson’s relationship to elves, orcs, and wizards. But, what can you do? As Peter Jackson has shown us, there’s absolutely no accounting for bad taste.

Article writer by day, renegade poet by night, Camiele White loves any and everything film. She chases only the original (or incredibly funny) and has been known to talk for hours about subjects that most people just don’t care about. Right now, she gets her jabberjaw jollies writing about Halloween costumes. If you want to give her a buzz, she can be reached at cmlewhite at gmail.com.