Got a spare $2 million dollars? If so, you could own the original Dracula cape owned and worn by Bela Lugosi in the Universal classic! 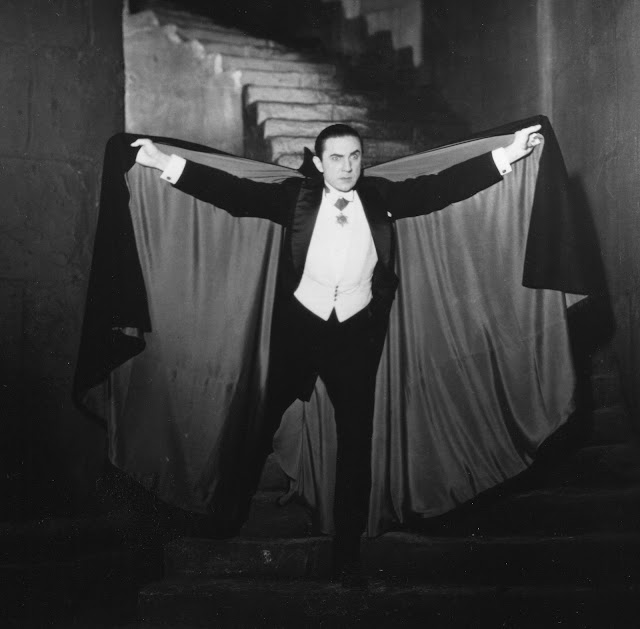 I first heard about this auction at the fine blog Vampire Over London (which if you're not reading you really should check out) and knew I had to share with you guys here. The auction is being held through Profiles in History. I was always under the impression Bela had been buried in his Dracula cape, and that is true - HOWEVER, it wasn't the cape worn in the movie. Rather he was buried in a lighter weight cape he used for personal appearances. Bela gave the official cape to his ex-wife Lillian, to pass along to his son Bela Jr. She did just that when she passed away in 1981. Bela Jr. kept it since then but is now putting it up for auction, along with a number of other items. 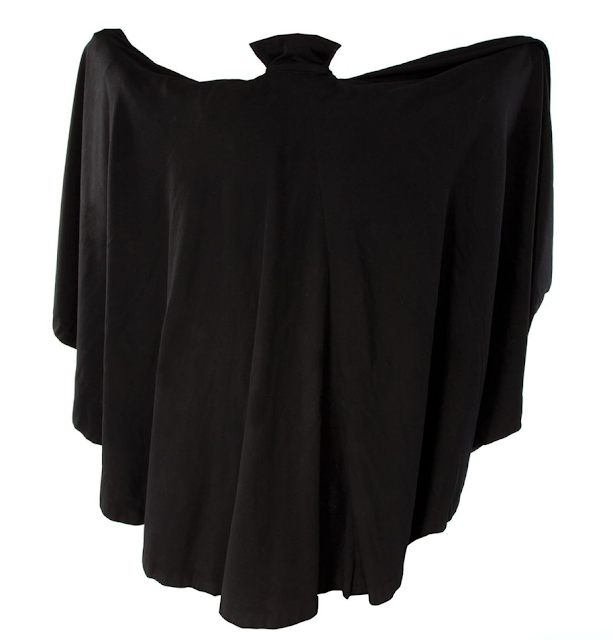 This is an amazing item I thought was buried forever, literally - and I personally think it'll go for more than 2 million. The auction takes place December 15 - 16, 2011, and you can place bids online. Can't wait to see what the final selling price is.

But if you can't afford 2 million, never fear - in the very same auction is the much more affordable Al "Grandpa" Lewis' Munsters cape!! 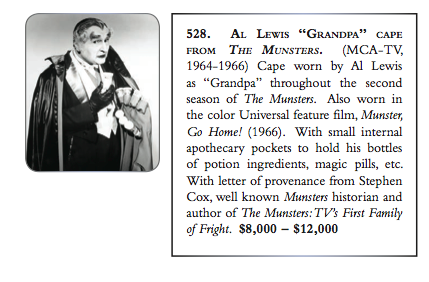