Thought I'd post this great publicity shot of Bela and Boris, two great actors who's paths kept crossing through the years. 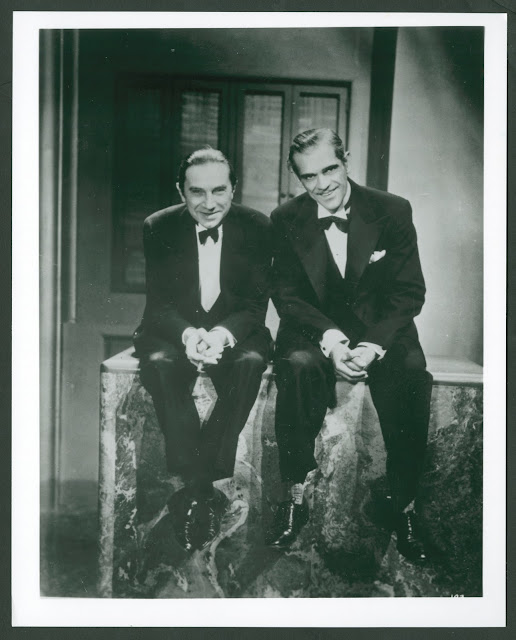 They appeared in 7 movies together:

IMDB also lists them both as having appeared together in uncredited roles as Indians in 1920 in The Last of The Mohicans. I really am not too sure about that one, however. It also lists them both in cameo appearances in a 1940 musical called Gift of Gab, too. Again, one I'm not familiar with. 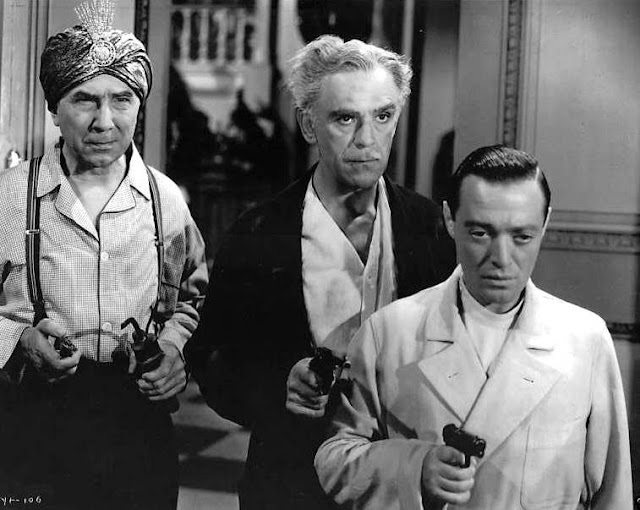