1931 has always seemed a pivotal year in film history to me. As a matter of fact, when thinking of films I always sort them in my mind as pre-31 and post-31, that year marking the start (to me, anyway) of the modern movie era and moving away from silent cinema. 1931 is also a pivotal year because it saw the birth of not one but TWO horror classics from Universal studios, DRACULA and FRANKENSTEIN.

Dracula premiered February 12, 1931 at the Roxy Theater in New York City. Frankenstein premiered ten months later on November 21, 1931 at the Mayfield Theater (also in New York City). These films served as spectacular (and gruesome) cinematic bookends to the year, and both films are still highly revered as genre classics 80 years after their release. Speak the name Dracula and Lugosi's face pops to most folks minds. Mention Frankenstein and Jack Pierce's iconic design of Karloff's monster is the image burned in the public consciousness. It is amazing to me to think that two films as influential as Dracula and Frankenstein were both released in the same year - by the same studio. Not sure what it was about the year 1931 but Universal was definitely on a roll. This was pre-WWII, as the conflict started in 39. It was depression era America, and times were tough. Perhaps real life struggles such as hunger, food and shelter served as inspiration of even darker terrors - and faced with such awful real life problems the escape of a darkened theater was more than welcome.

Whatever the reasons the results can't be argued with. I am going to spend some time over the next few weeks celebrating both films!

BTW - these pics are huge, so click to ENLARGE! 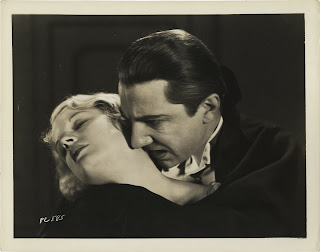 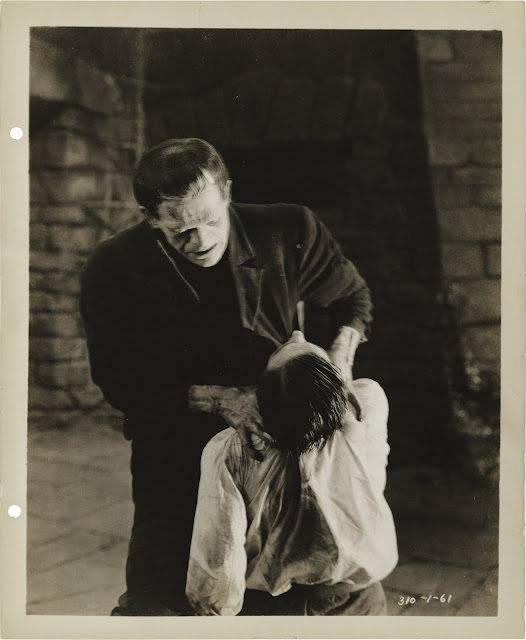