Continuing the celebration of the Universal gems DRACULA and FRANKENSTEIN, today I share a beautiful film herald announcing the upcoming release of Frankenstein, 1931. 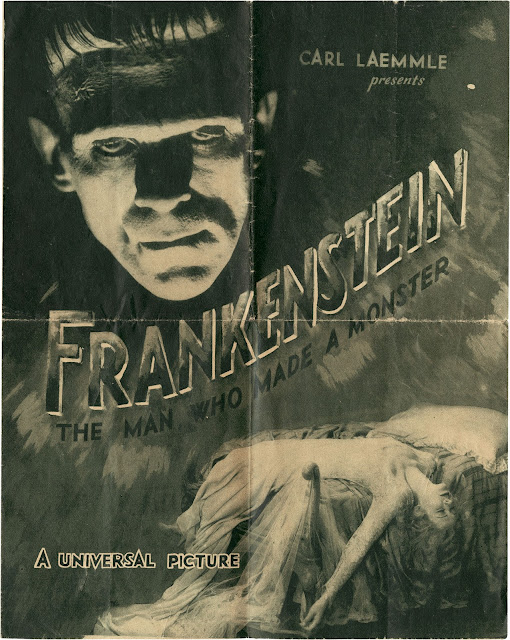 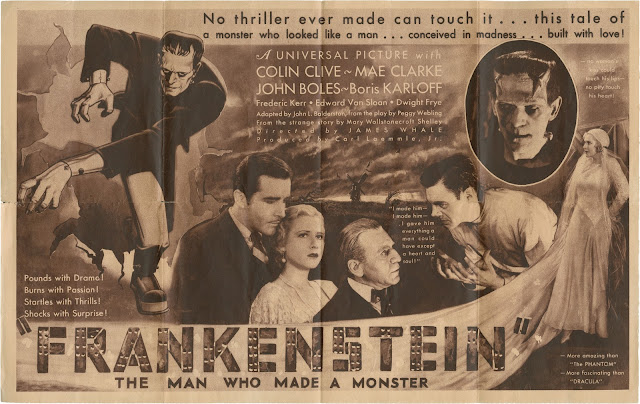 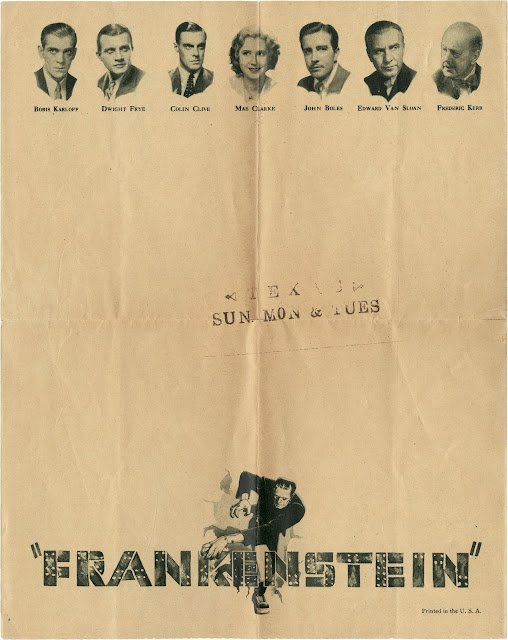 What is neat about this particular surviving herald is the fact the back is blank, demonstrating the way these heralds arrived. The theaters would add their own information onto the back of these heralds, such as the one below from 1932, which chose to use that space for advertising non-horror films coming up in March of 1932. Frankenstein premiered on November 21st, 1931, so it must have still been playing at this theater, the Central in Ephrata, PA, in February of 1932. 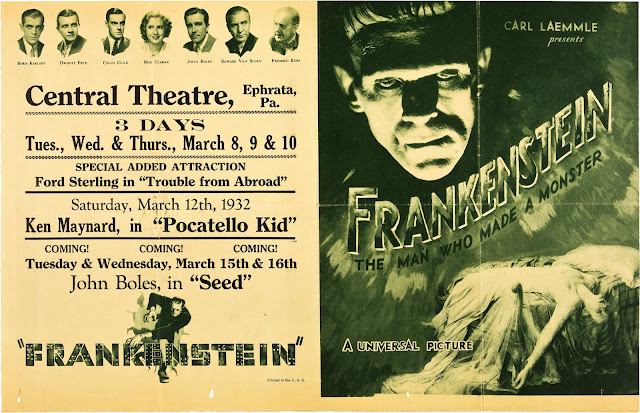 Universal had a bona fide hit on their hands, and in 1935 shooting began on the sequel, THE BRIDE OF FRANKENSTEIN.
at Friday, November 18, 2011

Email ThisBlogThis!Share to TwitterShare to FacebookShare to Pinterest
Labels: frankenstein, the bride of frankenstein, Universal