So Johnny Depp is going to play Karl Kolchak, the Night Stalker, huh? I can say this much for Johnny, he certainly gets choice roles. Just look at some of the parts he’s played – Ichabod Crane, Sweeney Todd, Ed Wood, Willy Wonka, Barbabas Collins (in the upcoming film) – and that’s just the tip of the acting iceberg, leaving out signature characters such as Edward Scissorhands and Jack Sparrow. Yes, he’s really had some choice roles. And now it appears he’s going to add one of my all-time favorites to his resume – Carl Kolchak, the Night Stalker. Or so reports say –slated for release in 2014, Depp would play the part of the supernatural detective that was previously portrayed by Darren McGavin in the 1974-75 TV Series of the same name (as well as the 1972 movie THE NIGHT STALKER and 1974 movie THE NIGHT STRANGLER). Reports also say that the movie will be directed by Edgar Wright, the writer/director of two of my favorite modern movies, Shaun of the Dead and Hot Fuzz. Time to rejoice, right? 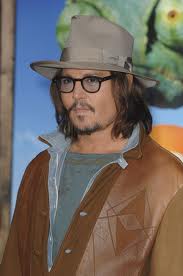 Not so fast, kemo sabe. Here’s the thing about The Night Stalker. There is a very specific vibe that makes it work. Is it a comedy? Not really. There were definitely comedic elements to the original series, particularly the banter and interactions between Kolchak and the police and his editor and co-workers, but at its heart it was a supernatural detective series, with legitimate suspenseful moments.
Looking at the last few character pieces Depp has done I’m really worried he won’t or can’t be reined in any longer.  Reminds me of Vincent Price when he was making Witchfinder General in 1968. Director Michael Reeves rode Price hard in that film, nipping his performance any time Vincent started to slip into “Price-isms” and trying his best to shake a legitimate performance out of Price. Vincent hated the experience and found Reeves insufferable to work with, but the success of the end product can’t be argued. It is one of Price’s finest. Depp has been allowed to go so over the top unbelievable and silly with his characters that a little Reeves-style direction would do him good. He is a very talented actor, but the makeup and performance in some of his recent films – Alice and Wonderland and Charlie and the Chocolate Factory come to mind – are embarrassing and so opposite what the role of Kolchak calls for.
Edgar Wright has crafted some brilliant and smart films. Look at Scott Pilgrim vs. the World – very creative and imaginative, like a living comic book. But what direction will he choose to take Night Stalker? Can he pull off the balancing act between suspense and laughs, and can he contain Depp’s tendencies to over-embellish his roles? The part of Kolchak was played masterfully by Darren McGavin, and those are big shoes to fill. Just ask Stuart Townsend, the actor who played the part in the lackluster 2005 reimagining of the TV series. It was updated to modern times but lacked the feel and charm of the original. Again, the producers just didn’t get or even attempt the combination of humor and drama of the original. Townsend was too pretty for the part, honestly, and that is something else I worry about with Depp. 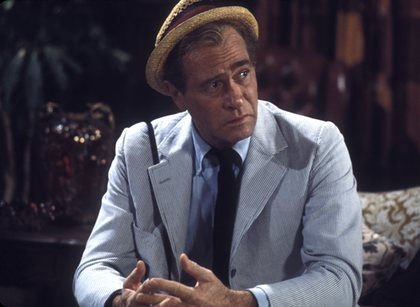 I’m keeping my fingers crossed on this one. Shaun of the Dead had a nice mix of horror and humor, though it’s a little campier than how I envision The Night Stalker. Perhaps Wright is just the right director for the job. But Johnny, if you see this, rein it in a little, please! Look at the irascible and cranky Kolchak of the original series and channel those characteristics. Give us a performance to make McGavin proud!
at Thursday, February 23, 2012