I saw this original painting for sale at Heritage Auctions and knew I had to share it. It is by an artist named Modest Stein. Modest was a Russian artist named Modest "Fedya" Aronstam. He was an activist, Communist, and anarchist in his youth who actually attempted to assassinate a wealthy industrial tycoon. The attempt failed and his cohort was arrested. Modest changed his named to Stein and moved to America. He began doing art and worked doing covers for pulps such as such as Astounding Science Fiction,  Mystery Magazine, Doc Savage, The Shadow and many more up into his eighties. He died at age eighty-seven in Queens.

This piece is from the pulp The Shadow. It's called Skull and Keys and is done in oil. I really dig it, and wanted to share it here: 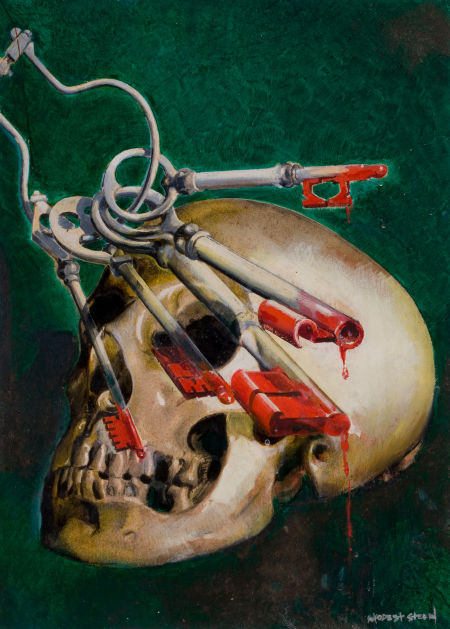 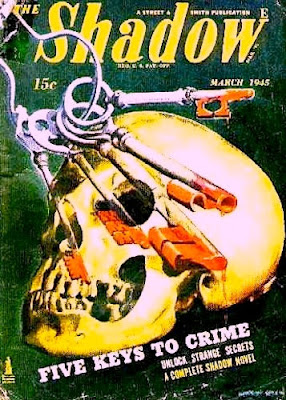