While we're still flying our horror flag at half-mast for the now (sadly) defunct Rue Morgue Radio I wanted to spread the word about another podcast available over at rue-morgue.com 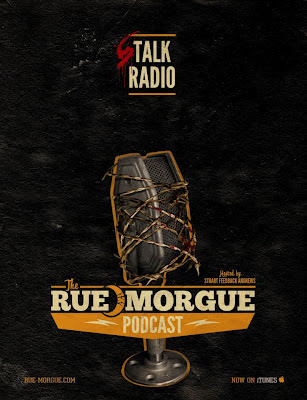 It's called the RUE MORGUE PODCAST and it's hosted by Stuart Feedback Andrews. It's an interview podcast featuring Stuart chatting with folks from the horror and film industry - think extended segments of what used to be featured in RMR. I always liked Feedback's interview segments and often wished they were longer, and that is exactly what this show is. It's actually been going on for over a year now - how I missed it before I have no idea. I've slowly been going through the archives over the last couple of months and catching up, and there are some really entertaining episodes. I've been surprised by the variety as well - in-depth conversations with everyone from Victoria Price to Slash from Guns and Roses, as well as panels from the Festival of Fear convention. You never know quite what or who will pop up next. The shows are well produced, with movie and music clips spread throughout the interview to punctuate the high points. This one is definitely worth checking out. 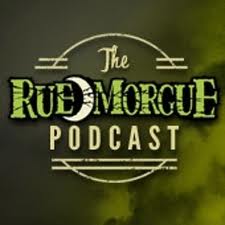