Talkin to the big Goon himself... 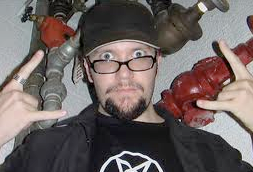 Welcome back to the lab, Eric. I wasn’t sure if you’d agree to come back again, after that unfortunate accident last time that left you with three arms…

Eh, I can draw faster now.

Since the last time we spoke you have become a multi-Eisner award winner - congratulations! For those readers who aren’t familiar with the Eisner awards, they’re like the Academy Awards for comic books. Talk about winning the Eisner Award and what it meant tp you, if you would…

It meant a lot to me. Not only is it the award named after one of my idols in comics, it was nice to be recognized by fellow creators in the industry. It's always nice when anyone tells you, "good Job." And I have special memories about receiving the awards. The first one I won I was actually able to receive from Will Eisner himself. The last time he attended before passing. The next time I received one was from Jeff Smith, who was one of my inspirations to attempt to do a creator owned project. 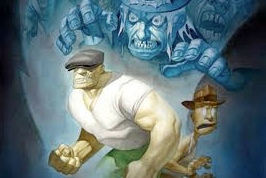 Describe your comic, The Goon, to my readers who may not be familiar with it…

It's a bunch of silly crap about a big thug that lives in a depression era like world full of monsters and he punches stuff.

Yeah, I do whatever I want with the Goon. They never try to attempt to move me in any direction creatively.

Congratulations on a decade of fist fightin’ fun with the Goon. That is quite an achievement, especially in today’s market. At the tenth anniversary celebration party you brought Calabrese and Ghoultown to Nashville play at The Cannery. I just have to say thank you for the opportunity to finally see two of my favorite horror punk bands live!

I love those guys! I saw both of them play at Dragon-con and I couldn't think of anyone else better to provide music for our 10th anniversary party. 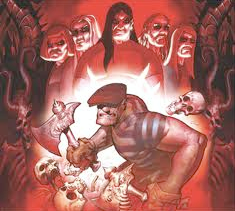 You also announced a very cool project at the event, a crossover event between The Goon and Metalocalypse! Talk about that venture and how it turned out.

I'm pretty happy with how it turned out. I think it was as weird as we intended it to be. The whole thing came about just because I was a fan of the show and wanted to do a crossover that made no sense. Think we accomplished that.

At the San Diego Comic Con this year you announced another exciting chapter in The Goon saga – an animated Goon movie! Talk about this project and how it came about, if you would.

Blur animation and David Fincher approached Dark Horse and I with the idea of an animated Goon film. We had one meeting with them and I said, "Sounds good to me." Since then we've been slowly getting all of our ducks in a row. Writing the script, production art, test animation, etc. At San Diego we showed off a test short and pretty much started our pitch to the studios.

You have some amazing actors in this movie too. Tell my readers who are playing the leads in your movie.

Did you get to meet Clancy or Paul yet?

Yeah, I was there at the recording sessions for the test animation. And Paul made a surprise appearance at our panel at comic-con. 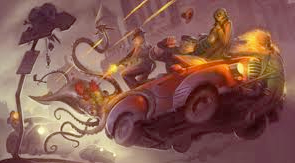 So where can folks go on the web to see the trailer for The Goon?

Pretty sure it's floating around youtube, but you can see it at the DH entertainment website. http://www.dhentertainment.com/ 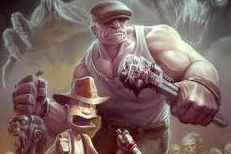 Think there’ll ever be a live action Goon, and who would be your dream director?

I don't know, i'd have to be pretty lucky to have the character be successful enough to get an animated film AND a live action film. But I don't think David Fincher or Frank Darabont would do such a bad job.

Any idea when the movie will be completed, if it’ll get any theatrical release? I just have to say if you do have a screening in Nashville it would be pretty awesome if you brought Calabrese or Ghoultown back to play again, too. I’m just sayin…!

No release date yet. It will be a theatrical release.

I watch The Big Bang theory pretty regularly and always get a smile on my face whenever I see your Goon poster at the comic book shop. Someone on that show must be a big fan of your work.

Or they just plaster the set with random comic stuff. :) 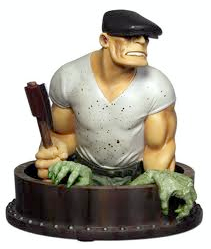 There has been a ton of merchandise made of the Goon, from action figures and busts to t-shirts and buttons and everything in between… do you have copies of all that stuff, and if so where do you keep it?

I try to keep one copy at least. It just piles up on the shelves in my office.

Got your Eisners displayed proudly?

Yeah, there on a shelf, too.

The Exorcist
The Shining
Bride of Frankenstein
The Old Dark House
The Changeling (the George C. Scott movie, not the Clint Eastwood movie. Which is good, too, though.)

Thanks again for spending some time talking with me, Eric. Congrats on all the success of the Goon – not bad for a Middle Tennessee boy! Here’s to the next decade and bigger and better things – (including the live action Goon I still think would be amazing!

To Find out more about Eric and keep up with all things Goon in nature, go to:
http://www.thegoon.com