Here in Nashville, TN our best known horror host was Sir Cecil Creape. Sir Cecil was played by the late Russ McCown. It aired on WSM-TV from 1970-1973. 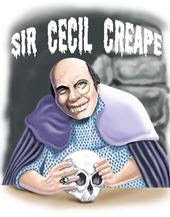 A few years back I got together with my friend Brian Hickman and recorded a tribute song to Sir Cecil. We called ourselves Sir Cecil and the Creeps, and the song is called "Did Someone Call?", which was Sir Cecil's catch phrase he always used when first entering the set each week. This song features me on guitar, Brian on drums and organ.


By the way, this is a quicktime file, so if for some reason this doesn't play, you can hear it at myspace at: www.myspace.com/sircecilandthecreeps
at Friday, February 19, 2010