So it's super bowl Sunday today... I'm looking forward to watching the game, eating a lot of good food and having a few brews. Good times. The halftime entertainment is much better this year - The Who will be playing this year. Of course, the Who only consists of two original members now, Pete Townsend and Roger Daltry. The other two members have passed away. I was lucky enough to see them back in the 80s when John Entwistle was on Bass.

If the folks behind the Super Bowl happen to read this, I have a suggestion for next year's halftime show - The Foo Fighters. They're an awesome band and every live performance I've seen of theirs totally rocks. They would definitely be a dynamic halftime show - why even Prince played a Foo Fighters song when he did the halftime show a couple years ago. 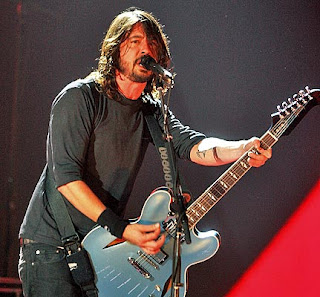 Here's a video of one of my favorite songs by the Foo Fighters, Everlong. Enjoy!