Thought I'd share a little about my hobbies before horror hosting. Seems I have always had one creative endeavor or another going as long as I can remember. I just think it's the way I'm wired - I'm happiest when I have creative projects going. Before trying my hand at horror hosting I was working in the world of comics. 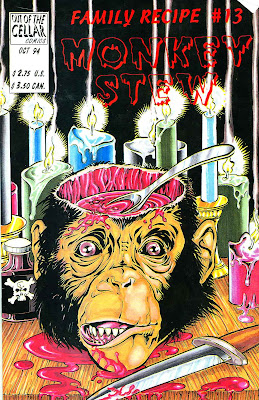 Comic books were one of my first true loves, and of course I was drawn to horror comics. I used to read as many of them as I could lay my hands on growing up - so when I finally decided to try my hand at self-publishing, the first thing I did was a horror anthology. The company I stared was called Out of the Cellar Comics. I co-founded it with my long time friend Chuck Angell, the same guy I would later start this horror hosting show with.

Chuck is a horror nut too, so it was a no-brainer that the first thing we'd do would be a horror comic. I named it after a line from a Webb Wilder song - Monkey Stew. It was an EC style comic, with several short stories framed by a wrap around tale of an old man who answers the door to a couple whose car broke down in the rain. He tells them stories to entertain them, and things eventually take a turn for the worse.

We only published one issue of Monkey Stew. Don't know why we never got around to doing more - I think we just had lots of ideas we wanted to get to. The story below is one that was published in Monkey Stew #1 - it is called Natural Causes. It was written by my friend Frank Oreto, penciled by myself, and inked by Chuck Angell.

Little quick back story on this one - at the time I had just gone through a bitter divorce. It was a short lived marriage and we were really better off apart than together. But that didn't make it any less painful. When Frank suggested the story idea I just had one stipulation... he name the lead female in the story after my ex-wife, Elizabeth. I think I was taking out a little aggression here, symbolically anyway. The doctor in the story, Doc Barnett, is also named after a mutual friend of Frank and mine who always disliked my ex.

So here is Natural Causes. This story has gotten a  lot of mileage. It's been re-printed more times than any other story I've done. I am pretty happy with the way it turned out.

Click the pics  to enlarge and read them, and leave me a comment and let me know whatcha think... 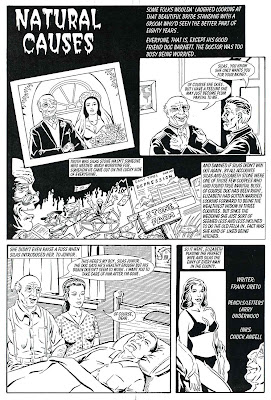 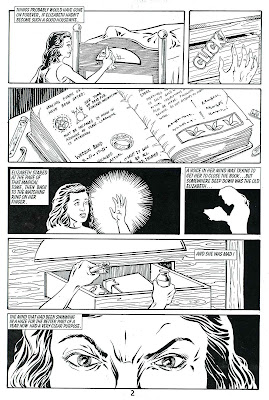 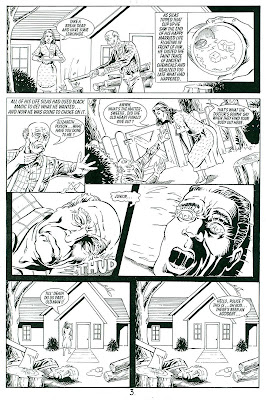 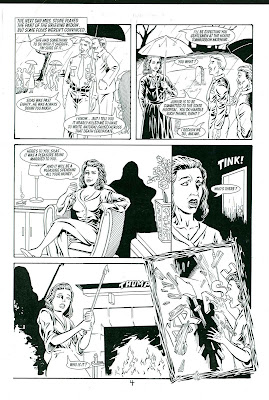 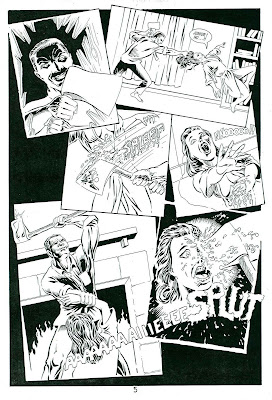 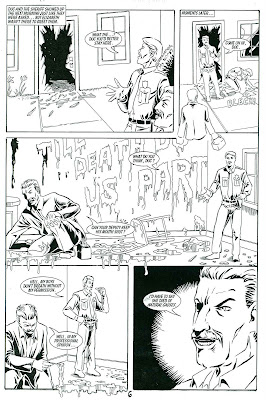