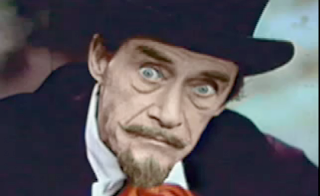 John Carradine was born Feb 5, 1906 in Poughkeepsie, New York. He would go on to make some memorable movies and birth some famous sons - David, Keith, and Robert Carradine. Today is his birthday - he'd have been 104 today!! According to Wikipedia he had two nicknames: The Voice, and The Bard of Boulevard, the latter of which he earned "due to his idiosyncratic habit of strolling Hollywood streets while reciting Shakespearean soliloquies, something he always denied." 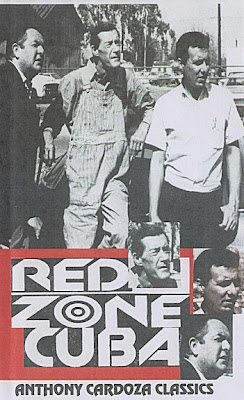 Well, in honor of "The Voice" I present a pretty funny video I stumbled across on youtube - ain't the internet grand? It's John singing the theme song to "Red Zone Cuba" also known as "Night Train to Mundo Fine", a movie I haven't seen but now I must!!