I've been meaning to mention this here on the blog for a week or so, but never got around to it... so let me remedy that right now! The Jan/Feb 2010 edition of Horrorhound magazine features a really cool horror host article in it. 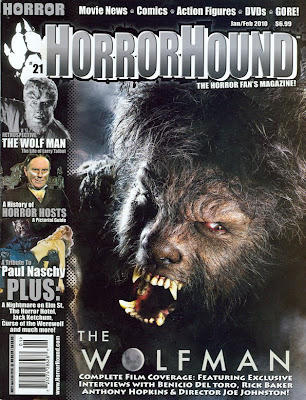 This article is a retrospective look at horror hosts through the ages, from the first (Vampira and Elvira) to the modern crop of hosts. 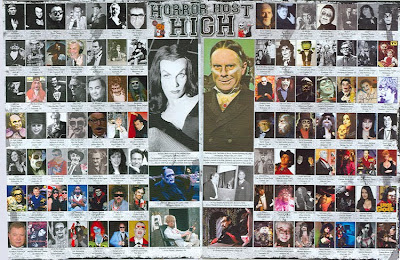 There is a double-page spread of horror hosts arranged chronically that is a really visually interesting layout of horror hosting through the decades. You will see quite a variety of appearances in hosts - many differences and some similarities. Very cool - they even feature yours gruely in the article, the only entry from 1999. 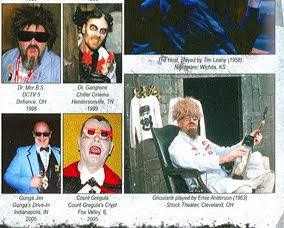 Very nicely done. The article was written by Michael Monohan, better known as horror host Dr. Ghoulfinger. I've known Michael for a number of years - he's a really good guy and really knows his stuff when it comes to horror hosts. He also has one of the largest collections of horror host memorabilia and videos in existence. Check out the latest issue of Horrorhound. Good stuff!!
at Wednesday, February 03, 2010